Prof. Rosi Braidotti, Distinguished University Professor at Utrecht University and founding Director of the Centre for the Humanities, has recently published the book "Posthuman Knowledge", whereby she takes a closer look at the impact of human developments on three major areas: the constitution of our subjectivity, the general production of knowledge and the practice of the academic humanities.

Rosi Braidotti is also member of the Editorial Team of the forthcoming GUNi Higher Education in the World Report 7. 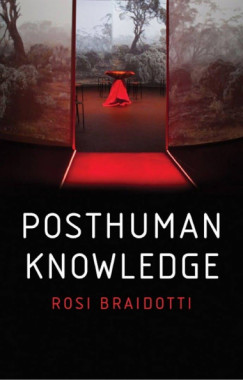 The question of what defines the human, and of what is human about the humanities, have been shaken up by the radical critiques of humanism and the displacement of anthropomorphism that have gained currency in recent years, propelled in part by rapid advances in our knowledge of living systems and of their genetic and algorithmic codes coupled with the global expansion of a knowledge-intensive capitalism.

In Posthuman Knowledge, Rosi Braidotti takes a closer look at the impact of these developments on three major areas: the constitution of our subjectivity, the general production of knowledge and the practice of the academic humanities.  Drawing on feminist, postcolonial and anti-racist theory, she argues that the human was never a neutral category but one always linked to power and privilege.  Hence we must move beyond the old dualities in which Man defined himself, beyond the sexualized and racialized others that were excluded from humanity.  Posthuman knowledge, as Braidotti understands it, is not so much an alternative form of knowledge as a critical call: a call to build a multi-layered and multi-directional project that displaces anthropocentrism while pursuing the analysis of the discriminatory and violent aspects of human activity and interaction wherever they occur.

Situated between the exhilaration of scientific and technological advances on the one hand and the threat of climate change devastation on the other, the posthuman convergence encourages us to think hard and creatively about what we are in the process of becoming.