New book: Big Research Questions about the Human Condition. A Historian's Will

Prof. Arne Jarrick has come out with a new book where he talks about the major issues of the humanities. Jarrick is one of the members of the International Advisory Board and author of the 7th GUNi HEIW Report "Synergies between Science, Technology and Humanities". 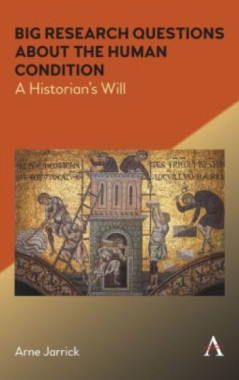 My basic message can be put in a straightforward way: humanities scholars should improve their way of asking questions. Their questions about the human condition need to be as clear and simple as possible in order to enable unambiguous answers. Simple without being simplistic, nuanced without being embroiled – that is the ideal. Unambiguous answers (not to be confused with irrefutable answers) are much wanted, although not always possible to attain. Moreover, if one wants the questions to be highly significant for the understanding of the human condition, there should not be too many questions. Even in this respect, there is much to be wanted in today’s humanities research. Instead of gathering around a limited set of profound questions and holding on to them until the answers begin to appear, generally the humanist guild scatters its scientific energy on too many disparate things – replacing them far too often with hundreds of new questions, ‘perspectives’ and ‘problematisations’. In its turn, such a research culture may hamper a cumulative growth of knowledge, the possibility of which, moreover, is regrettably often denied or even viewed with suspicion.

In this book, I am doing two things to redress the current problems in the humanities world-wide. Firstly, I present and discuss a set of big but still insufficiently addressed topics that humanities researchers should focus over a sustained period of time, such as what explains that some kinds of knowledge are widely accepted whereas other kinds of knowledge are rejected, or what explains the widespread diffusion of inequality paralleled by a gradual emergence of egalitarianism over the centuries, et cetera. Secondly, I discuss in general terms what the humanities are or should be, as well as what they are not or should not be. Basically, humanities researchers should consider their field as an integral part of science, although uniquely dealing with humans a decision making, meaning seeking and self-reflecting agents.