Mahidol University has been ranked the 1st Tailand ecofriend University 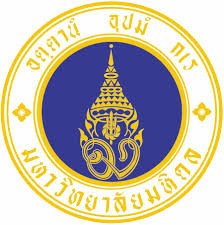 301 universities from 61 countries took part in the ranking, which compares their efforts towards campus sustainability and environment friendly university management. With a score of 6,370, Mahidol University is placed 31st worldwide. The scores are computed from information in six categories: setting and infrastructure, energy and climate change, waste management, water usage, transportation and education.

Nowadays,  Mahidol University  is committed to become an Eco University by 2016. To achieve sustainable environment at the university, it has promoted tram service and cycling as primary means for commuting on the campus. Programs which have been implemented to raise awareness and promote ecological responsibility include garbage sorting, foam packaging ban, reduction of emissions of greenhouse gases, and efficient use of electricity, water, fuel and natural resources.