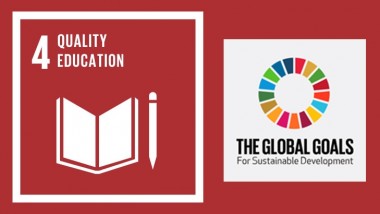 The international conference “From Higher Education For All towards SDG4: Building on achievements” took place last 8-9 October in Barcelona and was promoted by the International Association of Universities and the Jaume Bofill Foundation. During two days, participants worldwide commented on the draft FFA, a strategy document developed by the United Nations and UNESCO, which aims to support the implementation of the SDG4, Quality Education, from a Higher Education perspective.

From this meeting, a series of conclusions and recommendations were made by the Higher Education community in order to develop further actions and advocacy on the 2030 Agenda, as well as the educational approach. Participants reviewed the FFA in three working sessions which included the overarching goal and strategy for Education 2030, the targets that were not linked to Higher Education and the targets that included higher education. As a conclusion, assistants highlighted the importance of Higher Education Institutions as key players on the achievement of all SDG’s and “welcomed the inclusion of universities in the SDG4”, expressing their commitment to raise awareness on the new agenda at their institutions.

Among a set of recommendations, they also suggested that Higher Education Associations should be included in the multi-stakeholders Education 2030 Steering Committee, since it could help though research and community service in reaching other educational targets.

This event was co-organized by GUNi and the Catalan Association of Public Universities (ACUP), which reinforces their commitment in building synergies and sharing good practices regarding the global challenges on education focused on the Agenda Post2015.