The network Scholars at Risk (SAR) has released Free to Think 2018, an annual report analyzing 294 reported attacks on higher education communities in 47 countries, from September 1, 2017, to August 31, 2018

ACUP and Scholars at Risk (SAR) also co-organized the seminar on "Academic Freedom and Protection of Academic Refugees" at Pompeu Fabra University in Barcelona at the beginning of 2018, presenting the challenges to achieve academic freedom and the protection of academic refugees. 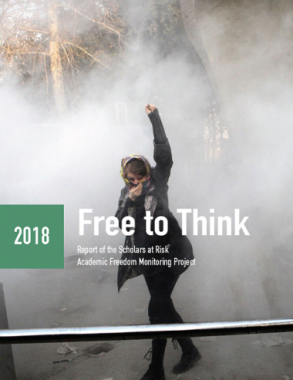 “Free to Think 2018 not only illustrates the pervasiveness of attacks on higher education; it also sheds light on how higher education communities are uniquely vulnerable,” said Clare Robinson, SAR’s Advocacy Director. “Healthy universities are open places, where ideas can be exchanged freely. This openness makes them especially vulnerable to the kinds of attacks in the report. And the impacts of these attacks permeate at multiple levels. They not only harm the immediate victims, they can intimidate entire communities, and undermine academic freedom at the national and even global level. We hope this report can serve as a catalyst for a global response to protect threatened students, scholars, and universities.”