The second TeRRIFICA Online Conference was held on September 19th 2019 with around 50 participants from all over the world.

The workshop was organized by the Science Shop Vechta/Cloppenburg of the University of Vechta within the framework of the H2020 TeRRIFICA project, whereby eight European institutions work together to foster competence for climate change adaptation and mitigation in different European regions with a specific focus on Responsible Research and Innovation. Through ACUP, GUNi is member of the TeRRIFICA consortium and is in charge of the Communication and Dissemination of the project. ACUP will also lead the pilot activities organized within the project in the metropolitan area of Barcelona. 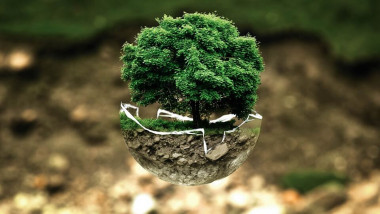 Climate change is the defining challenge of our time. Mitigating its impacts and adapting to changes already taking place or impossible to avoid will require fundamental changes to societies and behaviours all over the world – as well as scientific breakthroughs, both technological and social” (Climate Change Adaptation – Directorate-General for Research and Innovation, European Commission). It is in this context, the TeRRIFICA project has emerged and organized its 2nd TeRRIFICA Online Conference. What is mandatory for prospect co-creation processes in climate adaptation and mitigation projects? This and other questions were discussed during the online event, which you can watch here.

The Online Conference started with short expert talks on climate action with a focus on public engagement, methodology and sustainable impact aspects. Wendy Brawer, founder and director of the Green Map System, gave an introductory talk about this kind of method and how it can be used to engage the public in green mapping projects. “Mapping biodiversity is a popular theme all over the world. 24 years of co-created mapping resources are now shared open source on greenmap.org. For us, inclusion means involving local experts, green-minded people and people with different mindsets”. Prof. Alexander Gerber, head of Science Communication Department at Rhine-Waal University and member of the TeRRIFICA project, gave the second expert talk, connecting the three focus topics, which are about why and how to engage with people, how to facilitate the co-creation process, and measuring and maximizing the sustainable impact.

The Conference also offered a summary of analysed good practice examples from the six pilot regions of the TeRRIFICA project in Belarus, France, Germany, Poland, Serbia and Spain that combine co-creation processes with climate change adaptation and mitigation strategies. Success factors and barriers that were similarly identified in several of the analysed projects were presented and later discussed in three parallel discussion rounds.

Finally, the newly developed TeRRIFICA crowd-mapping tool was presented at the event of the Conference. This tool is a website built to collect citizen’s experiences and opinions where in their local environment climate change comes alive and is tangible. It will be launched in the coming weeks. Stay tuned! Visit the website www.terrifica.eu, subscribe to the TeRRIFICA newsletter and follow the project on Twitter, Facebook and join the TeRRIFICA Community of Practice on LinkedIn.