The 8th GUNi World Report, presented during the International Conference of Public Universities in Argentina

Progress is being made in the public universities of Latin America and the Caribbean in a process of regional integration. The GUNi network has been present in these definitions during the International Conference of Public Universities held in Argentina on June 2022. 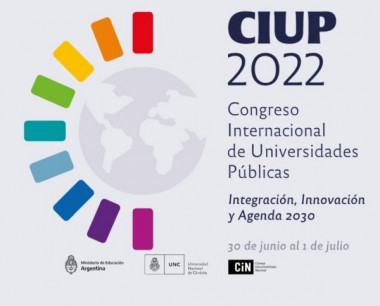 On the 30th of June and the 1st of July, the International Conference of Public Universities (CIUP) of Latin America and the Caribbean was held, based at the National University of Córdoba, Argentina, with the convening of the National Interuniversity Council (CIN) and the Ministry of Education of the Nation of Argentina, as well as some of the most representative regional networks and associations of universities and institutions of higher education. Axel Didriksson attended the meeting as representative of GUNi in Latin America and the Caribbean, and he oversaw the coordination of two working groups, in the perspective of the debate on the university and its futures. In this context, the 8th GUNI World Report was presented.

In this CIUP, it was proposed to promote various initiatives to achieve a more effective regional and global integration, especially with concrete and practical actions, to articulate interregional cooperation at the global and intraregional levels. The focus was put on higher education as a public and social good, a human right. In this regard, it was proposed to create a Regional Cooperation Agency on higher education, science, technology, and innovation in order to outline a common knowledge agenda, which would make possible the convergence of national efforts and all the universities of Latin America and the Caribbean, but which would also be a space for strengthening links with other regions of the world.

As it was pointed out in the CIUP final statement: "We can no longer accept the role of unshakable impartial observers in the face of social injustice, patriarchy, and racism. All endemic epidemics that do nothing but shame us. We assume the commitment to strengthen the ties between our nations and at the same time articulate ourselves to cooperate with other global actors in the construction of a new world order, where cooperation dominates over competition, where nations and territories find value in fruitful and generous dialogue with other cultures, peoples, and nations", with full respect for university autonomy.