The aim behind this initiative is to bring together a new generation of creative Europeans, who are able to cooperate across languages, borders and disciplines to address the big societal challenges and skills shortages that Europe faces. 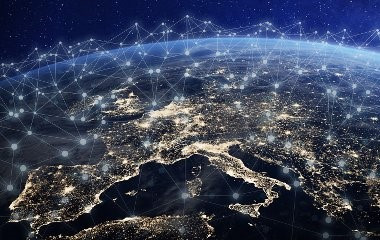 He announced via Twitter on 1 March that he was “proud” to have received 54 consortium applications for the European Universities pilot by the 28 February deadline.

The initiative has been given extra impetus over the past 18 months since President Emmanuel Macron of France called for the creation by 2024 of 20 “European Universities” and in December 2017 the Gothenburg summit of European leaders supported it, calling for the 20 ‘European Universities’ to consist of networks of universities across the European Union that would “enable students to obtain a degree by combining studies in several EU countries and contribute to the international competitiveness of universities”.

The call for candidates for the pilot has proved very popular, with European Commission officials reporting one information day meeting in Brussels in December packed out with 300 people while a thousand more followed the proceedings on line. As a result, on 12 February the European Commission announced that the programme had been allocated an additional €30 million (US$34 million), doubling the total to €60 million for the pilot, enabling 12 of the 54 networks to be selected for funding in the first stage of the pilot.

The European Universities strand of Erasmus+ will have another call for proposals later in 2019 with a deadline in October, bringing Macron’s call a step closer to reality.

Where existing university networks in Europe are mostly short-term arrangements for three to five years, this initiative is intended to support the development of networks geared to 20- to 30-year strategies, enabling a deep level of integration.

At an information meeting in Brussels in December, organised by the EU’s Erasmus programme and attended by several potential candidate consortia, Navracsics called for “a shared, integrated, long-term joint strategy for education with links, when possible, to research and innovation and to society” and to “a European curriculum leading to a European degree”.

He said they were looking for a curriculum with innovative pedagogics and embedded structured student mobility and that the first pilot European Universities project will test “different innovative and structural models for implementing and achieving long-term visions through a step-by-step approach”.

At the same meeting, the director of the Center for Research and Interdisciplinarity in Paris, Francois Taddei, called for “Europe as a campus to allow every European citizen to become a lifelong student”.

An official of the European Commission, speaking off the record, said the programme is full of ambition for “deep level integration”, perhaps involving joint curriculum design, development of complementary research facilities and diverse degree pathways taking in the specialties of different institutions in the network. The hope is, for instance, that in a partnership on European studies a student could go to Paris to study law, to Rome for economics and Athens for history as part of the same degree programme, attending either in person or virtually, with a guarantee that the qualification would be systematically recognised across borders. In addition to deepening European university collaboration and strengthening their strategic approach, the European Universities Initiative is aimed at taking advantage of Europe’s diversity.  Older university networks can be supported to scale up their collaboration to a higher level. In the longer run European universities will be expected to contribute to the European Diploma and act as a beacon of good practice, contributing to the building of a European Education Area. At the December meeting, position papers were presented by the European Consortium of Innovative Universities (ECIU); the European University Foundation (EUF); the Guild of European Research-Intensive Universities; and the University of the Greater Region (UniGR), which offers the opportunity to study and conduct research in three languages, five regions and six universities.

Sorbonne University said in a press release that the 4EU+ Alliance aims to create a “new quality of cooperation in teaching, education, research and administration and to establish the appropriate infrastructure which will bring together professors, researchers, students and staff from six institutions”. “The cooperation is based on a common understanding of the idea of the European university that builds on academic freedom and autonomy and ensures fair access to education,” the statement said. Professor Maciej Duszczyk, vice-rector for research and international relations at the University of Warsaw in Poland, told University World News a key motive is to enable their university to compete internationally to attract talent. “The establishment of 4EU+ with its unique research-based curricula and other educational activities will significantly contribute to increasing the – currently unsatisfactory – level of the university’s attractiveness to foreign students and scholars as well as for Polish researchers, doctoral candidates and young graduates,” he said. He said the strategic added-value of the alliance lies in the vision of a research university as “an element of a complex, efficiently functioning organism, breaking through barriers more easily and adapting with increasing agility to the changing landscape, using its potential effectively and reducing its weaknesses thanks to innovative cooperation methods”. The University of Warsaw in particular values the nature of the alliance, which “respects and boosts the principles of inclusivity in terms of activities and communication by engaging all researchers, students and administration in cooperation”.

The Coimbra Group executive board said the member universities have a crucial role to play in further alliances and the group aims to ensure the initiative becomes “a multiplier and not a divider of the historical cooperation that exists between our universities”. The chairman of the executive board of the Coimbra Group, Professor Ludovic Thilly, told University World News that the group has agreed to be associated partners to alliances composed of its members. He said: “The Coimbra Group is also committed to sharing the benefits of this unprecedented initiative with all its members, not just the ones selected during the pilot phase.” Coimbra Group member the University of Poitiers, for instance, is coordinating a new alliance entitled European Campus of City-Universities (EC2U), which includes the universities of Alexandru Ioan Cuza in Romania, Pavia in Italy, Salamanca in Spain, Coimbra in Portugal and Turku in Finland.

The EC2U alliance is a community of 160,000 students and staff with the ambition to develop an innovative space allowing mobility to flow freely between the six universities and associated cities. This model of openness will contribute to overcoming clichéd views of regional and national identities and achieve a united and stronger Europe, it is hoped. The alliance hopes to achieve this ambition by creating a pan-European campus, connected by a common European identity, contributing to the creation of a smart higher education eco-system through a new model of quality education for an inclusive civic society. Meanwhile, Ghent University in Belgium has been coordinating a proposal along similar lines with the universities of Uppsala, Groningen and Göttingen, called the U4Society network.

Professor Guido van Huylenbroeck, academic director for internationalisation at Ghent University, told University World News: “In three years, U4Society wants to evolve towards an interconnected network of universities, enhancing the already strong, long-lasting strategic partnership set by the U4 network. It will deliver the blueprint for an open, integrated and inclusive university that mobilises every member of its communities (students, academics, administrators and leadership) to become actively engaged regional, European and global actors (‘Universities for Society’).”

Another network bidding is the Charm European University (Charm-EU), which will focus on the United Nations Sustainable Development Goals and includes Trinity College Dublin, the University of Barcelona, Utrecht University, the University of Montpellier and Eötvös Loránd University of Budapest. The European Consortium of Innovative Universities (ECIU) has 12 partner universities in Europe and Tecnológico de Monterrey in Mexico and is working towards a concept of the ‘future university’.

The challenges addressed in the ECIU initiative are related to the UN Sustainable Development Goals and will be worked out in international cross-scientific teams with participants from academic staff, external stakeholders and students. Some participants will use the knowledge for their degrees, others will document it in a competence passport that will be recognised all over Europe.

“With our proposal we demonstrate that ECIU is ready to really innovate higher education in Europe. We are being entrepreneurial and challenge traditional ways of thinking,” ECIU President Victor van der Chijs, who is executive board president at the University of Twente, said in a press release on the webpage of the University of Stavanger, Norway which is participating in the consortium.

Anna-Lena Claeys-Kulik, policy co-ordinator at the European University Association, told University World News that such networks could have the potential to take European university collaboration one step further, if they really focus on a long-term structured partnership involving all relevant levels at the institutions. “Then they can turn small-scale projects with a specific focus into sustainable institutional change, taking advantage of the diversity of institutional profiles and strengths that are widely spread across Europe – by pooling resources and innovating learning, teaching and research together.”

She said they may test new approaches and collaboration tools that could then potentially be adapted and used by others as well. “For this it is important that the scheme remains open and inclusive also for newcomers that may join in future rounds, not an exclusive club.”

Three experts will evaluate each of the 54 project applications and the results will be published by mid-July. The projects should be launched during the period September to December 2019.

The next call for proposals will be made in October/November 2019.