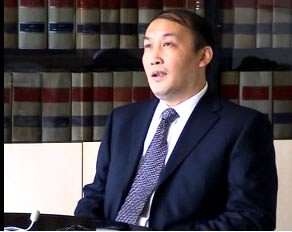 Professor Wei Yang received his Bachelor’s and Master’s degrees at North Western Technical University (China) in 1976 and Tsinghua University (China) in 1981 before moving on to study in the United States where he obtained a doctoral degree in Solid Mechanics at Brown University in 1985. He is specialized in combined microscopic and macroscopic fracture mechanics, failure mechanics for micro-electronic devices, toughening of structural materials, and composite lattice materials. He has been President of Zhejiang University since 2006 and is also a Professor of Solid Mechanics in the Department of Engineering Mechanics, Tsinghua University. From 2004 to 2006, he was Chief Officer of the Academic Degrees Committee of State Council (ADCSC), a governmental organization in charge of degrees and postgraduate education in China. He is currently President of the GUNI Asia-Pacific network. He has published widely in his field and is a member of the Chinese Academy of Science.

Wei Yang reflected on the main challenges facing China’s higher education system and institutions in the twenty-first century and the way they are trying to develop a harmonic approach to development. He stressed the importance of quality assurance due to the rapid growth of the Chinese educational system. He also explained some of the projects and strategies that are being deployed in order to overcome these challenges.

The president of the GUNI Asia-Pacific network talked about the evolution of the higher education system in China and the main challenges it faces.

China’s higher education system is currently the largest in the world, with over 23 million students and more than 2,200 institutions. In this context, what are the main challenges that you face in order to be able to guarantee the quality of the system?

Since 1998 the number of university students has increased by almost three times, which has created a big challenge for Chinese universities. In 2006, our Prime Minister gave a national address on the issues faced by the nation, and for higher education he proposed to improve quality from now on. Rapid growth in student numbers was a goal that we have already attained, but now the challenge is to improve quality. Basically, we have two strategies.

Firstly, the Ministry of Education imposed a quality assurance measure for all higher education institutions under which every institution has to be surveyed every five years. Also, every year about 200 universities are to be reviewed via on-site inspections by a group of experts. They will visit campuses, look at records, check examination papers, analyze university budgets, talk to students, and calculate the average ratio of students to teachers, among other things. The whole measure is an attempt to assure and enhance the basic quality of higher education.

The second strategy is to try to push top Chinese universities to become world class universities. There are two major projects underway for this purpose. The aim of the first is to raise one hundred Chinese universities to world class level in the 21st Century. To this end, there is a government-led effort to develop those leading universities. The aim of the second project, called 985 - due to the 100th anniversary of Beijing University in May 1998 - is to give special support to about thirty universities to try to improve the quality of their faculties and research facilities and increase the amount of international collaboration in which they participate.

How is China treating the role of higher education in society?

Although in China we have 70 top universities, directly supervised by the national government, there are about 2.000 that are financed and supervised by local governments. This is a big issue, because all these universities have to collaborate with local authorities for the technological and social development of their regions.

An example of this type of interaction is the university where I come from, Zhejiang University, located in Hangzhou, the capital of the Zhejiang province with a population of six million people. Our university tries to be a role model for other universities by engaging in social service and by serving local and regional demands. We attempt to fulfil both the needs of the production system and of social development in Hangzhou. Under this goal we carried out the city planning for Hangzhou and the research needed for the development of the city. Harmony and a harmonic society are very popular political terms in China which we have adopted at the university. We want to contribute to making Hangzhou a harmonic city, taking advantage of its beautiful location and environment. We are working on projects in which we are trying to bring together the goals of industries, economic development, engineering projects and environmental protection. The university is also getting involved with local farmers in order to help them build what we call “a new countryside”.

So, there is a social contribution…

Yes. We recently created a research institute for development in the West China region, an area to be developed. The goals are to help the West in technical transformation, in planning and in management. We want to promote education and the regional development of the West using the know-how and experience we have in the East. So, we have also created an institute sponsored by China’s National Committee for Social Development and Production Power as a link between East and West. During the Second World War my university had to move to the West, and we have the feeling that ‘the West saved us from the invasion’. In our case, due to an emotional tie with that area, the president of the university frequently sends our professors to that university to help them.

Currently, the gross enrolment ratio in China is 23%, which means that we are moving from elite higher education ratios to popular ones. This has happened very quickly, because in 1998 the ratio was fewer than 10%. According to the National Higher Education Plan, the goal is to reach 40% in 2020.

Nevertheless, although the increase is important, we are still a developing country. Our average GDP per capita is only a little over 2,000 US dollars per year. At that level we cannot consider a very quick transition to broad access to higher education to be possible. Of course there are differences between regions. In Zhejiang, for instance, which is a relatively rich region with an average income of 6,000 US dollars a year, the ratio is already over 35%. So, this question depends on regional economics.

Indeed, growth depends on the capacity of local governments to give more support to universities and on the capacity of families to afford tuition fees, which in China are about 600 US dollars a year. In Zhejiang, then, tuition can cost a third of a family’s salary. Chinese families, and especially poor families, usually save money to invest in their children’s access to university. So, on the one hand, tuition fees are important to support that investment but, on the other hand, due to the effort many families make, it is also important to guarantee quality assurance measures at universities, especially the newest universities that we have created, as well as at all levels of education.

Gwang-Jo Kim
The international mobility of the highly skilled and talented individuals: Perspectives from Latin America
GUNi celebrates its Academic Seminar at the University of Victoria (Canada)
Daniel Mato
Sustainability and Higher Education in Asia and the Pacific