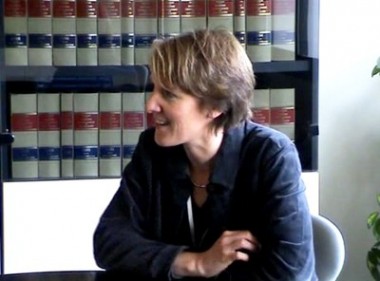 Manon Vaal (MSc) is head of the Science Shop for Biology, Faculty of Science, Utrecht University. She is a staff member since 1999. As a project coordinator, she was involved in many community-based MSc-research projects on environmental, health and animal welfare issues. Previously she was a researcher in the field of ecotoxicology and risk assessment sciences at the National Institute for Public Health and the Environment (RIVM). She studied Biology at Wageningen Agricultural University. The Living Knowledge Network can be reached at www.scienceshop.org.

Manon Vaal has been promoting the growth of science shops both in the Netherlands and abroad. She talked about the role of science shops as intermediate organizations between society and science. Ms. Vaal also talked about the evolution that science shops have experienced since their appearance 30 years ago. She presented her work at the session “Accreditation and social commitment of higher education” during the III GUNI International Conference on Higher Education Accreditation for quality assurance: What is at stake?.

"Science Shops may play an important role in developing trust and community participation in knowledge, science and technology creation processes."

​Universities should guarantee that higher education is a public good. Therefore, the link between universities and civil society is essential. How can a Science Shop contribute to build this link?

I will start describing what a science shop is, and how it operates in the research process. A science shop is not like a shop where you buy something, it is an entity where people from society can apply for research. It looks at the problems and research questions proposed by society, and then looks for students and supervisors within the university to set up the required research project.

Science shops can be a good tool to perform social responsible and ethical research. This type of organization allows the community to be aware of the kind of scientific research that is going on. On the other hand, science shops help students that get involved in the research to develop a better feeling of their role in society as future scientists.

The first question that appears is how a project should be articulated. The people that works in the science shop liaises with the client to find out what the problem actually is, what type of scientific research is needed, and which team is needed to answer the research question. At the end of the research project, the Science Shop also contributes to the preparation of the reports, as well as in the publication and the work dissemination process.

Gladly, the European Commission has made efforts in supporting science shops through offering funding for the development of an international network of science shops. To start a science shop needs initiatives from researchers wanting to develop a structure like this, and it is important that they receive the support from a network of existing science shops. It is remarkable that the process can also have spinning off effects both at local and national levels by influencing local boards of universities and national policy makers.

What would ensure that technology transfer policies have a positive impact on society?

We are working at the assessment of risks, risk communication and perception of technology. In my opinion, this is an aspect that plays an important role in the acceptance of technology developments. I think one of the major elements in this process is always trust in the institutions that presents the technology; this allows the community to take part in the project. It is a matter of interactions between the future users and the technology developers. In this process risk communication and trust are very important elements. I believe science shops may play an important role in community participation which will lead to a better acceptance and a better spread of technology.

What is the network for Living Knowledge? Can you explain its most notable aspects?

This network was created seven years ago, and it was mostly initiated thanks to the funding from the European Commission. The European Commission thought that this project was important because it fitted with their science in society action program. They saw Science Shops as organizations that could bring science into society. They stimulated the network in the Netherlands because of their 30 years experience in the country.

People that wanted to start a science shop often came to us, and asked things like: How do you set up a science shop in your own university? What are the good practices? What documentation is needed? We realised that in order to develop a more critical mass, with a higher strategic impact, our actions should be more structured into a network. This is important because we can share experiences and cooperate with each other, and liaise at national government and European level.

The network now aims to be a forum for the exchange of information, expertise and ideas on community based research and science and society within Europe, but also outside Europe. Since the network started we are getting more and more requests from all over the world (South-Asia, Africa, America), where people heard about our initiatives. In some cases these countries already have organizations that look like science shops but that are not named as such. Sometimes, they are not always set up under the umbrella of universities, but as independent organizations.

There are great benefits in having a network. Initially a science shop works in a research project where all is solved locally, but when you start looking for similarities between all this countries, you make up new teams that interact with each other. With the last European Commission funding we addressed all the local communities involved with science shops in several countries that could have similar research questions. This working context brings added value when you show the similarities between the local problems in different countries.