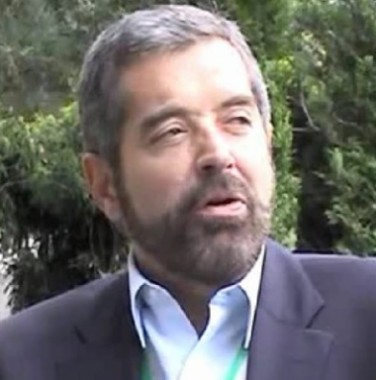 Juan Ramón de la Fuente (Mexico City, 1951) is a respected doctor and academic who served as secretary for Health in his home country of Mexico (1994–1999) and as rector of the National Autonomous University of Mexico (UNAM) (1999–2007). He currently chairs the Governing Council of the United Nations University and is president of the International Association of Universities.

Juan Ramón de la Fuente reflects on the role of higher education institutions and associations in social construction. He believes that universities must look to form partnerships with organizations working in their areas of influence to support initiatives aimed at social construction.

What do you think of the strategies adopted by associations of higher education institutions, such as the IAU, that can strengthen the role of their members as social agents?

The global agenda is relatively simple to define, because the issues are already clear, but our role as social agents has been undermined by the difficulty of finding the right plan of action, which would enable us to coordinate what is done at the local, regional, national and global levels. That is where the main challenge lies – how to coordinate our efforts. If we look at a meeting such as the UNESCO World Conference on Higher Education we can see that there is a great deal of effort being made at all of these levels, but that the work is disjointed, and this limits the power of associations as social agents. So in my view, the challenge is finding a way to coordinate these three levels, and that is what we are trying to achieve at the IAU: to find the areas for coordination between regional associations, which can then look to do the same with their national associations.

In Latin America, for example, we have the Colombian Association of Universities (ASCUN), which is broadly equivalent to the Conference of Rectors of Spanish Universities (CRUE), the National Association of Universities and Institutions of Higher Education (ANUIES) in Mexico, and the German Rectors’ Conference (HRK). They are similar organizations but there is no connection between them. That is the major problem, and organizations such as UNESCO and associations like the IAU can help to establish channels for a more coordinated approach, which is still in its early stages.

In the current climate, how do we go about setting a global agenda for higher education?

The issues have been on the table for many years. In fact, at the 1998 World Conference on Higher Education we set out a series of priority actions in higher education for the twenty-first century, and during the first decade of the new millennium we have seen that, despite some subtle changes, the challenges are essentially the same: access, equity, quality, efficiency, funding and internationalization.

If we look back at the 1998 agenda we can see that the issues were already clear, but many things have changed since our last meeting in Paris. The whole world has changed. We have a global agenda that reflects the demands of an international society: climate change, intercultural dialogue, the need to find better mechanisms for preventing wars built on ideological, ethnic and religious fundamentalism. These are areas in which universities play a vital role. What has become clear is that none of these major issues in the global agenda will be resolved without the participation of universities, since they are environments that foster not only knowledge, thought and research but also the formulation of proposals for social action.

Civil society sees academia and universities as mechanisms for generating proposals and as potential mechanisms for reaching agreements. If, twelve years after the first World Conference on Higher Education, we were to ask whether enough progress has been made in the areas we identified, my answer would have to be no, we have not made sufficient progress. Perhaps we have advanced more in some cases than in others, but the issues are essentially the same as the ones raised in 1998, and to these we must now add a critical element that will unfortunately slow the rate of progress still further: the global recession, the international financial crisis that no-one planned, that no-one foresaw, but which has become a reality and is affecting every country on the planet. There is not a single nation that has escaped its effects, and we have yet to determine the real effect of this financial crisis on higher education.

We have to rethink a question we have already asked ourselves, but I think that the answer has changed over time. The question would be whether higher education is really the great force for change that we have considered it to be for so many years, or if in fact higher education is part of an emerging ecosystem, characterized by a series of new partnerships and alliances, that will go on to be the catalyst for development.

This approach is more comprehensive than its predecessor and I must admit that my own view has changed. Before I would have said that higher education was the driving force, but I now believe that there is greater potential in constructing this new ecosystem successfully, working with the business community, with entrepreneurs, with governments and, of course, with the academic communities made up by students, teachers, staff, etc. It is the new ecosystem as a whole that can be a more effective catalyst. The individual institutions that make up the higher education sector are tremendously limited when working in isolation.

We need to allay some of the fears that continue to hamper progress, for example that partnerships between universities and the business sector will impact on university autonomy or academic freedom. That is not the case. Alliances with business will not only enable us to broaden the employment prospects of our graduates but will also help us to make greater steps in innovation – an area that, until now, has been neglected in many countries. Those of us who fail to innovate will find it more difficult to move out of the current recession. Innovation is the gateway to the knowledge society and in the case of Latin America, for example, all the evidence suggests that we have yet to make serious inroads. We are not yet at the heart of the knowledge society, we are not innovating in the same way as Asian countries, we are not innovating at the same level as Japan, India or the United States. This is one of several approaches that have changed over the last few years and which have given us the scope to re-channel some of the objectives of higher education associations and their member institutions. I think that this is an area in which more progress can be made, although we will have to see how things lie in a few years, because just as we are meeting now, there will no doubt be future UNESCO meetings to assess what was said in 2009.

Defining social responsibility: a matter of philosophical urgency for universities
Cristina Carballo
GUNi celebrates its Academic Seminar at the University of Victoria (Canada)
The new agenda for the transformation of higher education in Latin America
Daniel Mato