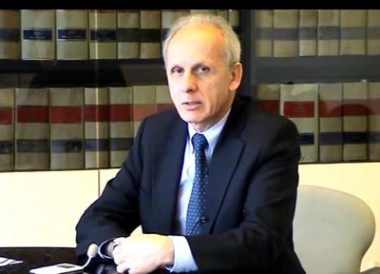 Jamil Salmi, an education economist from Morocco, is the coordinator of the World Bank’s network of tertiary education professionals and was the Bank’s official representative at the UNESCO World Conference on Higher Education (WCHE, Paris, October 1998) and at the WCHE + 5 Conference in June 2003. Mr Salmi was a member of the Board of the African Virtual University in 2003 and 2004. He is the principal author of the Bank’s new tertiary education strategy entitled Constructing Knowledge Societies: New Challenges for Tertiary Education. Over the past thirteen years, he has provided policy and technical advice on tertiary education reform to more than 30 governments in developing and transition countries. Mr Salmi is a graduate of the French Grande École ESSEC. He also holds a master's degree in Public and International Affairs from the University of Pittsburgh (USA) and a PhD in Development Studies from the University of Sussex (UK).

Jamil Salmi presented the paper League Tables as Policy Instruments: The Political Economy of Accountability in Tertiary Education (co-written with Alenoush Saroyan, a lecturer from the Department of Educational and Counselling Psychology at McGill University in Montreal, Canada) at the Third International Barcelona Conference on Higher Education "Accreditation for Quality Assurance: What is at Stake?", held in November 2006.

Jamil Salmi spoke about the state of education worldwide, and particularly about the situation in developing countries. Salmi believes that the balance between all levels of education in those countries should be improved.

​From your point of view, where should the balance lie between the efforts devoted to primary education and those devoted to higher education in developing countries?

In any case, higher education is necessary not only as a complement to the work done in primary education. In developing countries, the skill-building of professionals in all growth sectors and the contributions universities make to research and economic development are fundamental. As the importance of the so-called knowledge economy or society becomes apparent all over the world, developing countries are endeavouring to carry out scientific and technological research that will aid development.

In the next ten years, who do you think will be the principal actors on the global stage in the field of higher education?

Currently, cross-border education means more than just students who study abroad or lecturers who teach outside their country. Now, the institutions themselves are also moving, and we are seeing franchises in many countries, which are affiliated with organisations in , , , or the . In there are many cases of institutions that go to Latin America. This means that local institutions may take on the competencies of a foreign university in the destination country.

I believe that the effects of convergence in Europe resulting from the European Higher Education Area will be significant. I see risks in the process, since attempts are being made to exactly reproduce in other countries the reforms that are being carried out in Europe, without considering whether or not they are appropriate to the local environment. I see, for example, that there are many nations in West Africa, such as , and , that mimic the reforms of the French higher education system without considering whether or not they are suitable for their regions.

Referring to the World Bank, what results have been achieved so far by the higher education policies it has promoted in developing countries?

Essentially, what we do is support those countries that wish to reform their higher education systems in order to make them more relevant and more appropriate and that seek to improve the quality and the financial sustainability of their institutions. We find that in many countries there are insufficient resources to create high quality systems, so we give support to the countries that try to reform their systems in this way.

Can you be a bit more specific about how quality is guaranteed?

Well, in for example, we created an accreditation committee to give a seal of quality to the private universities and institutions that had followed a higher education reform plan applied by the government in 1995. The committee activated the reform programme, which was accompanied by financial and technical support from the World Bank.

The World Conference on Higher Education 98+10 is to be held soon. From the point of view of the World Bank, what are the main challenges facing higher education in the next decade?

I believe we are seeing changes in opinion on whether or not higher education systems in developing countries have the capacity to take on a dynamic role in aiding these countries’ economies and social development. We should pay special attention to this point, because in social terms the contribution of universities towards making a society more democratic is very important, and may help students to acquire political values or to promote a culture of peace—above all in countries like or African countries that are living through times of conflict.