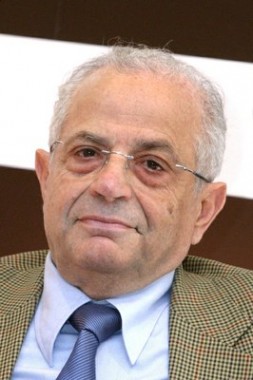 Professor Jacques Hallak is a former director of the International Institute for Educational Planning (IIEP) in Paris and of the International Bureau of Education (IBE) in Geneva. He is also a former assistant director-general for education at UNESCO. Before occupying these posts, he carried out various duties in the fields of economics and planning at the French Ministry of Finance and at the World Bank. He has authored numerous books and papers on a wide range of subjects, including the costs and financing of education, the informal sector, school mapping, the challenges of international cooperation and, more recently, the challenges of addressing corruption in education as well as strategies for alleviating poverty. At present, Dr. Hallak is an international consultant and professor at the University of Jules Verne (Amiens, France). He is also a member of the Academia Europaea as well as of the International Academy of Education.

Professor Jacques Hallak, expert in Higher Education, is the author together with Mrs. Muriel Poisson of the article Academic Fraud, Accreditation and Quality Assurance: Learning from the Past and Challenges from the Future. This article will be published in the GUNI report Higher Education in the World 2007.

The Global University Network for Innovation (GUNI) will present the publication Higher Education in the World 2007, the second report in its Series on Social Commitment during the 3rd. International Barcelona Conference on Higher Education.

The 2007 report, Accreditation for Quality Assurance: What is at the Stake?, includes papers from 48 eminent scholars from around the world discussing, from both global and regional perspectives, the issues associated with accreditation in higher education. One of the authors is Professor Jacques Hallak and GUNI had the opportunity to talk with him on academic fraud.

How the problem of academic fraud and corruption in accreditation processes could be handled?

What are the prospects on this issue?

The prospects are mixed; on the one hand, the problem if fraud and corruption is likely to expand in the coming future because of the fast demand for accreditation of higher education and the inadequate capacity to address such demand in a satisfactory way; on the other hand, growing initiatives are taken to improve conditions of accreditations and address the current issues both at institutional and international levels; such initiatives should normally lead to less corrupt practices in accreditation. Overall, a great deal depends on how the two trends evolve in the future.