Higher Education in the World Report 7, devoted to the future of the humanities and the relation between science, technology and humanities in the 21st Century 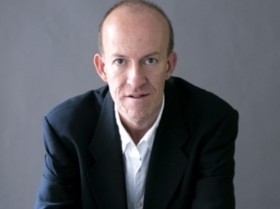 Open letter from the GUNi Director, Josep M. Vilalta, about the new edition of the Higher Education in the World Report 7 to be published in 2019.

The HEIW7 will be devoted to the future of the humanities and the relation between science, technology and humanities in the 21st Century.

As you might already know, one of GUNi’s highlights is the edition of the Higher Education in the World Report, a collective work published as a result of global and regional analysis which is now reaching its 7th edition. Each edition has focused on different challenges facing higher education and its institutions. Past editions have delved into the financing of universities, accreditation for quality assurance, new challenges and emerging goals for human and social development, higher education’s commitment to sustainability, knowledge, engagement and higher education and the socially responsible university.

GUNi is currently undergoing the edition of the 7th Higher Education in the World Report, which will reflect on the role of humanities in higher education and research in the 21st century and the synergies between science, technology and humanities. At GUNi, we believe it to be an emerging and timely topic that deserves proper analysis because it will shape our common, short and long-term future.

At GUNi, we are concerned on the future of the humanities in the higher education system and in our societies at large. We are witnessing very deep changes and transformations in our societies such as environmental, scientific and technological transformations and cultural aspects of a global world. These transformations pose huge challenges that need to be addressed, and higher education has a key role to play in addressing them. Diagnosis, debate and proposal of actions on these issues is necessary if we want to be able to face current and future changes in a democratic and sustainable way.

We will count as well with an International Editorial Committee that will guide the elaboration of the Report and its contents, the members of which will be announced in the coming weeks. In connection to and as a key step of the process of elaboration of the 7th edition of the Higher Education in the World Report, GUNi is organizing an International Conference on “Humanities in Higher Education: Generating Synergies between Science, Technology and the Humanities” that will be held in November 19-20, 2018 in Barcelona. We are very much hoping to count with your participation in the event!

Let us know if you have any questions, suggestions or comments, GUNi is always open for feedback and ideas.

GUNi signs a Strategic Partnership Agreement with the UfM Secretariat
Registration is now open! GUNi International Conference on Humanities and Higher Education: Generating Synergies between Science, Technology and Humanities
Synergies and Agnotology
Spring 2022 series of lectures and seminars in the framework of the TeRRIFICA project - Territorial RRI fostering innovative climate action
The Call For Funding Chair And Vice-Chairs of the DECODE Deans Council is now open!