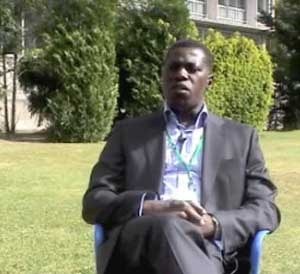 David Francis is Professor at the Africa Centre for Peace & Conflict Studies, Department of Peace Studies of the University of Bradford, United Kingdom. He holds a PhD. from University of Southampton, United Kingdom and a BA from Fourah Bay College, University of Sierra Leone. His research focuses on social reintegration of child soldiers in Africa, regional economic and security regionalisms in Africa, peace and conflict analysis: Sub-Saharan Africa, peace building and post-conflict transition societies: Sub-Saharan Africa, privatization of security and African security studies and policing in transition societies in Africa.

Professor David Francis reflects on the role of higher education institutions in peace building and gives some concrete examples of how universities can contribute to post-conflict societies.

“Universities can play a central role in peace building”

What are the main challenges for higher education in the African region?

And let me just give you three basic examples:

Funding is a major problem faced by universities. This problem has been aggravated by the current global financial crisis, whereby the majority of development co-oporation partners are reluctant now to give funding to the usual universities that they have been funding in Africa and in developing countries.

The second problem has to do with the African crises, manifested very much by a continent-wide economy crisis, political instabilities and wars. All of these have impacted to a very large extent on the universities in terms of inability of governments to fund infrastructures for the higher education sector itself. This leads to brain drain of the most critical sectors of society, frequent closures of universities due to poor conditions of service and strikes by university staff and students, etc.

The third problem is not often spoken about, but I want to use this opportunity to really highlight this issue. That is the issue of relevance and appropriateness of the type of university programmes being developed in Africa, or promoted and delivered in Africa. Are the educational programmes and the philosophy of the higher education sector relevant to twenty-first century Africa? In my view they are not. Most of the university programmes and dominant philosophy and educational systems have been patterned on the Northern universities, so they do not reflect the actual needs and aspirations of African communities, African societies, especially in countries emerging from wars and armed conflict. So relevance and appropriateness are some of the critical challenges facing universities and the higher education sector across Africa.

How can higher education institutions contribute to peace building and post-conflict society?

Despite all the wars and armed conflicts, Africa still lacks the critical mass of expertise to build peace, resolve conflicts, and prevent wars and armed conflicts. That is the critical issue, and in countries emerging from war, African traditional resources and cultural agencies and institutions have been neglected in the process and in the programmes of post-war peace building and reconstruction, largely based on the western notion of the liberal peace project. This is where the high education sector and the universities can play a central role.

One is that of curriculum development. Developing appropriate curriculum to reflect the needs and aspirations of countries and societies emerging from war. We have worked in eight African countries developing eleven undergraduate and postgraduate degree programmes in education for peace. And these programmes at the universities have also built the critical mass at schools, at the school level and the secondary school systems level. Societies now are being educated and trained on how to respond to conflict situations and build the peace in their own local communities.

The second component is that of staff training. Obviously you can develop a curriculum, but without the appropriate staff capacity, textbooks, teaching and resource materials, it should be difficult to provide this new kind of education and training programmes. Essentially, we work with development co-operation partners, the British Council, the UK Department for International Development, United States Institute for Peace, etc. to secure the funding to work with African partners. And one important component of these development programmes is that of encouraging intra-African collaboration, because the dominant pattern has always been North and African collaboration. Now we are trying to break that dependence to begin to facilitate exchanges between African universities and colleagues so that they can start working to build the peace, develop their capacity, undertake collaborative research, develop textbooks that are needed for the staff and the students themselves in the area of peace and conflict research.

The third area is that of policy mainstreaming. We have to undertake a programme of institutional buy-in, whereby the universities themselves can buy into this programme to see that it is a core component of the curriculum reform that is taking place. And that will also involve the ministries of education. So that they (ministries of education and universities) undertake a programme of policy mainstreaming and institutionalisation of education for peace in the curriculum and in the higher education sector.

The final area that we’ve been working on is promoting what is called enterprise education, enterprise for peace. Enterprise for peace is really entrepreneurship education. We train the new and future generation of African leaders so that even before they leave university, they have inculcated spirit and value of entrepreneurship education. They have the knowledge, education and professional skills to create jobs for themselves and for other people, so that they do not have to rely on government and public institutions to create jobs. It is essentially about self-actualization, whereby unemployed youth and underemployed graduates can begin to have meaningful imaginative, creative ways of contributing to their societies, through resolving conflicts and building peace.

So these are some of the areas where universities can play a critical role to building the peace and sustaining development in countries emerging from war.

Could you give some examples of that?

We have also initiated curriculum development programmes with the University of Sierra Leone and its constituent colleges, including Njala University, Fourah Bay College and Milton Margai College of Education Science and Technology, where we established undergraduate and postgraduate degree programmes. In addition, we have edited written materials, basic textbooks, and supply basic textbooks so that the staff and students do have this capacity to read on the materials.

So that is very much at the university level. But because of the relevance and the need for peace in a country emerging from war, we’ve been also approached by the military and the police institutions in Sierra Leone. So we have been able to integrate into the normal training of the police and the military components on peace education, democratic governors and human rights training.

So these are some of the practical programmes we have worked with given the case of Sierra Leone, but as I have said we have worked across Africa including Ethiopia, Sudan, Democratic Republic of Congo, Nigeria, Liberia and Zimbabwe.