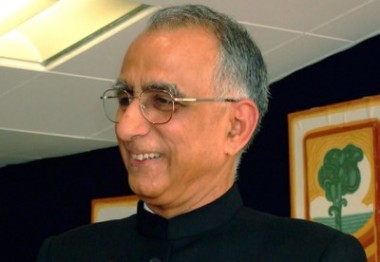 Bikas Sanyal has been directing HE programs since 1973 at UNESCO’s International Institute for Educational Planning (IIEP) in Paris. He also acts as HE advisor to the Director General of UNESCO and has written several books and reports on HE, especially on its financial aspects. He is the author and coeditor of the regional section of the Higher Education in the World 2006: The Financing of Universities.

In this review of global funding trends in higher education (HE), Bikas C. Sanyal, expresses the view that it is impossible to stop private institutions coming into HE because the public sector cannot provide for the enormous demand. Bikas Sanyal believes that UNESCO should concentrate on ensuring the access to HE of students who perform well but lack the financial resources to do so.

“The costs of higher education should be shared, because its benefits are also shared.”

Where is higher education (HE) funding currently heading?

The financing of the HE system will be shared by all the actors who have a vested interest in it. This means intervention not only by governments but also by families, students, companies, industries and international organizations. It is no longer possible for HE to remain solely in state hands.

Can you outline the determining factors in current global trends in HE funding?

On the one hand, HE is expanding at an enormous rate, which prevents governments from taking full charge of it. On the other hand, and as a result of the first factor, the private sector is moving into HE. Governments have had to open up to the private sector. Within this sector, different types of private groups fund HE. Therefore, it would be true to say that the funding of HE is currently shared between different actors.

Why is the shared-cost model the most suitable one for compensating for the reduction in state funding in the face of HE expansion?

Could you give some examples of good practice in this area?

Take the example of , where public universities have now considerably reduced their dependence on the state. At the University of Beijing, 60% of the costs are covered by the University’s shared-cost self-financing schemes, while the remaining 40% comes from public subsidies. In the same way, Colorado State University in the finances 70% of its costs from private sources. Similarly, the private sector helps to cover the costs at several Russian universities.

Will incorporating private institutions into the system solve the problem of university funding?

The private sector is gaining ground, and it is doing so because there is a tremendous increase in demand for HE. Private institutions should thus be allowed to participate as long as it is governments who dictate the priorities for national development and the role that is to be played in this development by HE. Governments should manage and lead HE and maintain its national cohesion by regulating public policy and the different actors who play a part in it. No social group should be marginalized, as this may go against government policy on HE access.

Given what has been said so far, and in the context of the privatization of HE and the emergence of external suppliers (General Agreement on Trade in Services), how do you view UNESCO’s position with respect to ensuring universal access to HE, especially in developing countries?

UNESCO supports public-private cooperation in HE and what it implies, which is simply the emergence of different partners as generators of “input” for the development of the sector. At the moment governments cannot bear the cost of HE alone. Therefore, my recommendation to UNESCO is that the right policy at the present time is for the state to defend the interests of students who qualify for HE but lack financial resources, and of social groups like women or students in isolated rural areas, and in this way ensure equitable access.

My recommendation follows UNESCO’s own guidelines, which indicate that all sectors should be involved in HE, although the social and economic development of the country in question must always be paramount. It is also important to bear in mind that UNESCO talks about HE, not for everyone, but for those who are capable of benefiting from it but cannot pay for it. It is in the case of these groups that governments are responsible for taking action. It is therefore a government task to know how to detect such groups.

I also believe that the public sector should take on responsibility for those academic disciplines that are initially least attractive to the private sector but of great relevance to a country’s sustainable development, such as literature, poetry, moral and ethical education and natural science. Finally, HE institutions should be allowed to generate their own income. There is a great potential for this, as is shown by my previous example of the University of Beijing, which generates 60% of its income from its own resources.

You also mention internal measures taken by universities to deal with the funding problem. Which is the most appropriate model for managing internal resources? Whose example should we follow?

Internal university management can save a lot of money, which can then be used to further the development of HE. Take, for example, the use of university buildings to generate income. Quite a few universities generate income by renting out university space during periods when it is not being used: at weekends, on bank holidays and during the main holiday period. This space can also be rented out to university departments themselves. In the , for example, some universities rent space out to their departments at different prices depending on the day of the week; on Monday morning and Friday afternoon prices are lower.

What is your opinion on the use of new technologies as a way of reducing costs in HE funding strategies?

New technologies make it possible for educational material to be circulated freely, as is being done by the Massachusetts Institute of Technology. They also enable students to stay in their country of origin, avoiding increased residential costs. Therefore, it is true that new technologies help to reduce costs.

Jandhyala B. G. Tilak
The new agenda for the transformation of higher education in Latin America
Vladimir M. Filippov
Sustanaible Management of Wastes
The Challenges of Higher Education in the 21st Century