Towards an African higher education area

Although the Bologna process is not without faults, it can be of interest to nations outside Europe. The model on which the European Higher Education Area was based may provide inspiration for other parts of the world. On the African continent, where higher education is a major area of hope for development, the opportunities and difficulties presented by the creation of an African Higher Education Area (AHEA) are being considered. The European model can serve as an example from which to draw lessons and conclusions. 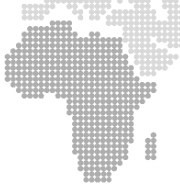 The new century is profoundly changing the structures and objectives of higher education in Africa. The opportunities and threats presented by internationalisation, integration with the industrial sector, and involvement of universities in the political and social life of their environment are challenges which the African region shares with the rest of the world. However, there are specific situations that pose particular difficulties and challenges to the African region, such as a constant loss of human resources due to a continuing brain drain; low enrolment rates; a high degree of bureaucratic interference; increasing privatisation; gender inequality; low levels of access to the higher education system; insufficient public education budgets; and the struggle for greater university autonomy.

The figures and indicators from the continent paint a complex picture: there are between four and five million students enrolled in African higher education institutions (HEIs), in a continent with a population of over 700 million. Even in the countries with the highest number of students (Egypt, Nigeria and South Africa), in no case does the rate exceed 25 out of 1,000 potential students. Though the total number of students is high, the enrolment rate is low when compared to developed countries or even to many developing countries from other continents.
Furthermore, despite the fact that the state finances higher education almost completely, in general the HEIs obtain less than half the amount they need. There are fewer academic staff than administrative staff. In Togo, for example, there are only slightly more than 700 teaching staff in higher education, whereas the technical and administrative staff exceeds 1,100. Privatisation of higher education is taking place more slowly in Africa than in any other continent, though it is a growing trend in nearly every country. In Sudan, for example, the number of private HEIs has risen from 1 in 1998 to 22 in 2001. Women occupy a low percentage of teaching posts and an even lower proportion of managerial positions. In many countries in the region, female students represent around 25% of the male student population. Other challenges which will have to be borne in mind in the creation of the AHEA, as noted by experts like Philip Altbach and Damtew Teferra in various publications, are the already mentioned brain drain; the need to perfect the systems of science and technology, of research and development, of publications and of teaching; and the need to improve the general studying and working conditions for lecturers and students.
However, despite the challenges facing African higher education systems, there are increasing instances of openness to both the regional and global community. The South African education system, for example, has during the last decade managed to leave behind the legacy of apartheid. It received 46,687 foreign students in 2002, which comprised 7% of the total enrolment in higher education in the country. We are seeing the beginning of a more interconnected African higher education system thanks in part to the role which new technologies have played in connecting the continent with other parts of the world through virtual networks.
Proposals for the creation of an African Higher Education Area (AHEA) have been emerging for several years now from associations, initiatives, and regional subspaces such as East Africa among others, as cited in our recent February interview by lecturer Peter Okebukola, president of the regional GUNI network of sub-Saharan Africa. The proposals to create an AHEA are, without doubt, interesting. They could lead to substantial benefits for the African higher education system, though they are not without their risks.
The opportunities are clear: to promote a type of academic and student mobility that will help to transform the brain drain into circulation within the region; to improve the efficiency of university management; to harmonize the regulatory frameworks for higher education so that they encourage a collective response to the challenges of globalisation; to promote those syllabus reforms that bear in mind the priorities of development, both nationally and region-wide; and even to make African higher education institutions more attractive in order to increase the recruitment of international students in a range of academic fields, which could include African Studies.
However, the fragility of some national regulatory frameworks on the one hand, and of the intraregional coordination mechanisms on the other, may compromise some of the above-mentioned objectives. Various African countries have transformed their higher education systems under the direction of the Structural Adjustment Programmes which has lead to a marked increase in the participation of the private sector and to a stagnation of public financing. The growth of suppliers implies the need to consolidate effective methods of assessment and accreditation of the quality of the different programmes that are taught. The regulatory framework should keep pace with the new challenges of internationalisation and the increase in private national and cross-border suppliers.
Furthermore, if regional convergence is inadequately managed it runs the risk of becoming a mere administrative adaptation, which increases the workload and the inefficiency of some institutions, and entails contents that cannot be put into practice without an increase in public financing of higher education. The current shortcomings of public financing of some countries should be planned for in the proposals that are made.
In short, an in-depth debate is needed between universities, society and the African political class about the needs, risks and opportunities presented by an African Higher Education Area, bearing in mind that there is no single model for the regional convergence of national higher education systems. A good opportunity for the debate can be the next international Conference on “The African universities’ adaptation to the Bologna process”, that will take place from the 16 to the 18 of July at the University of Lubumbashi. The experience gained through the Bologna process can and should provide some considerations to bear in mind and apply to the African case, but efforts must be taken to avoid the temptation of creating a carbon copy. The context and development priorities of each country should mould the African process of convergence of higher education systems.

The international mobility of the highly skilled and talented individuals: Perspectives from Latin America
Facing the Threat of HIV and AIDS: A Regional Analysis from the HEIs Standing Point Association of African Universities
Academic Impact: Fresh Educational Principles for a New Millennium of Global Challenges
Open Educational Resources as a higher education strategy for openness and social development
The best tool for development