In this article Walter Leal Filho, Senior Professor at London Metropolitan University, UK and head of the Research and Transfer Centre "Applications of Life Sciences" of the Hamburg University of Applied Sciences, explains that sustainability in higher education needs to be perceived as work in progress and presents some opportunities and challenges. 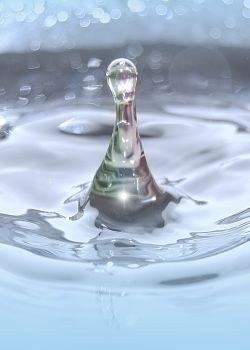 Stage 1: the principles of sustainable development are not universally understood, there are no significant efforts towards promoting sustainability at university operations and no systematic projects which try to promote sustainability.

Stage 2:  the principles of sustainable development are widely understood and there are significant efforts towards promoting sustainability at university operations. In addition, there are various sustainability projects, as well as a programme of research and extension.

These levels of stage have some degree of flexibility in the sense that universities found at stage 1 may move  on to stage 2 at a given time, as long as they successfully increase their degree of engagement and commitment.  Of special interest is the fact that stage 3 is only achieved by those universities which have sustainability solidly embedded into their lives, both in terms of campus operations but also in terms of institutional philosophy, research, extension and, last but not least, in their way of thinking.

Some Opportunities and Challenges

The fact that most universities are found at stages 1 and 2 means that much work needs to be done so as to increase the penetration of sustainability into university systems. This discrepancy also illustrates the fact that there are many challenges which are still to be fully met before the presence of sustainable development in the structure of universities may be fully assured.  Some of these challenges are described in Table 1.

The list of challenges provided in Table 1 is by no means exhaustive. Rather, it serves the purpose of illustrating some of the problem areas which need to be addressed in any university willing to integrate sustainability as part of its activities.

In order to address these and the many other challenges which lay ahead of them, universities need to also acknowledge the subject matter of sustainability is not a silver bullet with which they will solve all their problems. Rather, the pursuit of sustainability may be one of the many tools they may use in improving the quality of the education their offer.  In addition, it is important that universities acknowledge the relevance and usefulness of sustainable development issues not only in respect of campus operations, but that they see it connected with the lifelong education of their employees and in the acquisition of knowledge, skills and values. In some cases, the implementation of sustainable development at universities may need an adaptation or (in the most critical cases of those universities found in stage 1) a wider reorientation of their curricula, which may need to be rethought and redesigned so as to take full advantage of the opportunities sustainability offers.

But these challenges also mean that many opportunities are presenting themselves. Some of them are:

Last but not least, a final opportunity worthy mentioning is the fact that the very nature of sustainability means that links with many subjects may be established, from health to ethics, from economics to social affairs, hence allowing a wider sense of awareness to be built.

Sustainable development is without any doubt a major scientific field, one which combines the precision of science with the social, economic and political elements which make up society as a whole. The likelihood of success of attempts to promote sustainability at universities may greatly increase if a common vision is shared across the institution. This is important since it leads to greater mobilisation and support in the search for resources to finance individual activities.

In many cases, the implementation of the principles of sustainability in universities may include new ways of thinking. It is not sufficient to organise campus based programmes and showcase them as examples of how sustainability is dealt with. Rather, it is important to place sustainability whenever possible centrally in research and extension programmes and to translate its principles in practice by means of projects. By combining the efforts of staff and administrations, universities may be a better position to adopt but also disseminate sustainable modes of production and consumption and encourage society to recognise the important role of sustainable development as a tool towards improved quality of life.

Professor Walter Leal Filho (BS, PhD, DPhil, DSc, DL, DLitt) is a Senior Professor at London Metropolitan University, UK and heads the Research and Transfer Centre "Applications of Life Sciences" of the Hamburg University of Applied Sciences, where he is in charge of various sustainability-related projects across the world.

Achieving the Millennium Development Goals. The Russian Federation.
Team Intercultural Dialogue
Empowering Students For A More Sustainable University
Resilience in social–ecological systems: the roles of learning and education
Living and Learning Sustainability in Higher Education: A Research Study on Indicators of Social Learning