Sustainability and Higher Education in Asia and the Pacific

In this article Ko Nomura and Osamu Abe, from Nagoya University and Rikkyo University, Japan, present a condensed version of the regional article on Asia and the Pacific included in the GUNi Report Higher Education in the World 4. 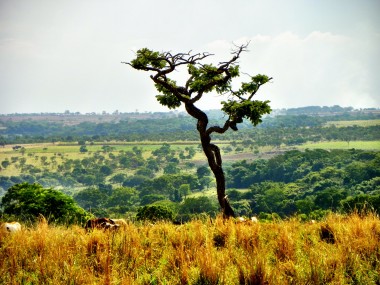 Diversity and globalisation pose major challenges to sustainability in the Asia-Pacific region. The rich diversity of this region is reflected in each of the three pillars of sustainable development: environmental, economic and social sustainability. Its climate ranges from tropical to arid and polar. It includes some of the world’s largest countries and smallest island nations, and a large number of ethnic groups with diverse languages, cultures and religions. It is home not only to significant economic disparity but also to some of the world’s fastest growing economies. In such a situation, efforts to achieve sustainability, including education for it, require diverse action.

Although this diversity defies generalisation, it seems possible to devise a map of how the region is advancing with regard to education for sustainable development (ESD) by referring to common challenges among the Asia-Pacific countries. The challenge of globalisation seems particularly important for higher education institutions (HEIs) in Asia and the Pacific in view of the regional economic crisis of the late 1990s. A strong demand for recovery increased the drive for rapid industrialisation and exploitation of natural resources. Further integration into the global market economy and the introduction of foreign capital damaged local industries, causing various social problems. Globalisation can also harm social diversity, an essential element in sustainable development. Accordingly, research and education on the social, economic and environmental implications of globalisation have become crucial.

At the same time, the economic crisis forced governments to reconsider their policies on higher education (HE) and to give more weight to producing human resources that could drive national development in a competitive global economy. Also, tight budgets made governments cut expenditure on HEIs (while increasing the autonomy of the universities) and/or corporatise them to assist flexible management.

These factors have promoted the internationalisation of university education, which is evident in efforts such as increasing the number of international students and creating centres of excellence with the intention of making them hubs for world-class research. The globalisation of the HE market has also meant that HEI staff members are increasingly pressured to publish their research outcomes in English regardless of their local languages and local needs.

In other words, the challenge of sustainable development requires significant transformation of educational institutions in Asia and the Pacific if they respect regional diversity and cope with the impact of globalisation at the same time.

Accordingly, HEIs in Asia and the Pacific have striven for sustainability, which has been propelled by government policies and agencies in many cases, as well as several regional and subregional efforts. Region-wide efforts can be seen in the emergence of several networks in this field. For example, the United Nations University’s Institute of Advanced Studies, located in Japan, has developed two international networks on ESD: the Promotion of Sustainability in Postgraduate Education and Research Network, or ProSPER.Net, and the Regional Centres of Expertise in ESD, which involve many HEIs. Also, UNEP Asia-Pacific Regional University Consortium (RUC) was initiated by UNEP’s Regional Office for Asia and the Pacific (UNEP-ROAP) with eight HEIs in the region, aiming at cooperation in interdisciplinary education and research.

There have also been several subregional efforts. For example, the member countries of the Association of South-East Asian Nations (ASEAN) are engaged in ESD based on the ASEAN Environmental Education Action Plan 2008–2012, which was made in consideration of global ESD endeavours such as UN DESD. For the Pacific Island Nations, subregional frameworks have been provided by the Pacific Regional Environmental Programme (SPREP) and the Pacific Islands Forum (PIF).

Government policies play a critical role in developing ESD, including in the HE sector, in many Asia-Pacific countries (particularly in North and Southeast Asia). They include institutional arrangements such as national ESD plans and financial assistance. In some cases, they are made to cope with the challenges facing HEIs such as the severe competition from globalisation and other local social demands.

To cope with the complexity and uncertainty embedded in the issue of sustainable development, networking, multi-stakeholder approaches and community engagement/outreach designed to enable the sharing of experiences, expertise and resources for promoting ESD are often seen in the region. In Japan, a forum of around 20 HEIs was set up in 2007. In Thailand, the Environmental Education for Sustainable Development Network and the Teacher Education Network are actively developing ESD. In addition to the international networks mentioned above, the University of the South Pacific (USP) initiated the Pacific Network of Island Universities or NIU project in 2009, involving major universities in the Pacific. The examples of multi-stakeholder forums include a government–industry–academia consortium established by the Japanese government that does not just serve educational purposes but also as an employment matchmaker.

Community engagement and outreach is another popular approach to managing obstacles in the development of curriculum and learning processes towards sustainability in Asia and the Pacific. This has steered the way for many good practices, which can be found in, for example, Japan, India, Malaysia, Indonesia, New Zealand, and Australia.

The region has also witnessed the start of several significant research projects and centres in this field, which tend to emphasise community engagement and outreach as well as action-research. They have facilitated inter-/transdisciplinary approaches, which are important for research on sustainability and sustainability education.

For example, the Japanese government allocated a considerable amount of funding for the Integrated Research System for Sustainability Science project that involves several leading HEIs. The Australian government established the Australian Research Institute for Environment and Sustainability (ARIES) at the Graduate School of the Environment, Macquarie University. In China, with the help of UNEP-ROAP, the UNEP-Tongji Institute of Environment for Sustainable Development was established at Tongji University in 2002. In the South Pacific, the Pacific Centre for Environment and Sustainable Development based at the USP plays a central role in sustainability education research. The Research and Development Centre on ESD Innovation was established at the Faculty of Education, Chulalongkorn University, Thailand in 2007.

The strong commitment to and emphasis on a community-based approach in sustainability education and research can be considered as a means to respect the region’s rich social and environmental diversities that are under threat against the backdrop of rapid globalisation. In fact, there seems to be a high social demand for universities to contribute to local issues through education and research, particularly in a participatory manner.

Actions for sustainable management, such as campus greening, are also popular in the region and they can provide good learning opportunities for staff members as well as students. There are a variety of examples, such as campaigns for recycling and using energy and water efficiently.

In addition to various interesting practices at individual HEIs, there are several collective and nation-wide efforts. For instance, the Taiwan Sustainable Campus Project has contributed to curriculum development as well as decreasing the environmental impact of campus operation since 2010. It involves educational institutions from primary schools to universities nationwide, in total 507 schools as of 2009, which conduct activities such as changing to renewable energy, rooftop gardening, and creating biotope spaces. In Australia and New Zealand, Australasian Campuses Towards Sustainability provides opportunities for knowledge sharing for HEI staff, students and the wider community.

For the further progress of sustainability efforts in higher education in Asia and the Pacific, three points need to be addressed. The first is to review the impact of existing policies that have been significant in shaping current actions, in order to consider the sustainability and effectiveness of university efforts in the long run. The support of governments may shift to other policy areas at some point. In fact, government policies do not always match local needs, particularly because of embedded diversities in the Asia-Pacific context.

The second is to strategically develop a community-based approach. The concepts of sustainability and sustainable development are so vague that it would be easier for students to learn about them in local, real-world settings. Besides, universities are expected to contribute to the local communities where they are based and so avoid being ivory towers. In the Asia-Pacific context, stress on ‘community’ is important if regional diversity is to be maintained in the face of globalisation, which can damage it. Adopting the worldwide ‘research excellence’ trend in HE and the global ranking system based on quantitative publication measures discourages academic faculties from orienting their commitment to sustainability education, which requires long timescales and qualitative assessment with respect for local values. In other words, globalisation (which very often means Westernisation) can result in the ‘detachment’ of universities and their knowledge from local contexts and from the very concept of sustainability. In such a situation, the strategic development of a community-based approach is important.

The third is to promote the whole-institution approach in each local context. Efforts to green campuses, despite their popularity, seldom integrate multiple functions of universities in the direction of sustainability. As researchers in this region often emphasise, a whole-institution approach needs to be introduced and situated in the local context.

The active engagement of universities in Asia and the Pacific for sustainability seems to be related to embed local diversity and the impact of globalisation. This entails the reconsideration of the role of universities as an agency that contributes to local demands and culture and as institutions that need to survive in the internationalised education and research sector that assists national development. Given the importance of the HE sector in shaping the future of our society, its successful development is a key to sustainable development in Asia and the Pacific.

Osamu Abe is based at the College of Sociology and Graduate School of Intercultural Communication, Rikkyo University, Japan. He is also the Director of Rikkyo University’s ESD Research Centre; the President of the Japanese Society of Environmental Education; the Chair of the Board of the Japan Council on the UN Decade of ESD (ESD-J); a board member of the Japan Environmental Education Forum and a member of the Commission on Education and Communication, the World Conservation Union (IUCN).