The socially responsible university: a way of being

In 2001, the project "Universidad Construye País" (University Builds Country) was launched in Chile. Its aim was to carry out coordinated, joint social responsibility activities in the country’s universities. One of the people behind this project is the rector of the Catholic University of Temuco, Mónica Jiménez de la Jara. In this article, she analyses the development of the project and its conceptual roots, and discusses the most important aspects of theories and practices of university social responsibility. The initiative is included in GUNI’s Universities and Social Commitment Observatory. 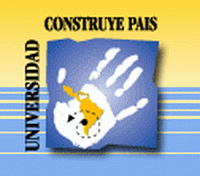 The Universidad Construye País project was set up in 2001. Its network now includes fourteen Chilean universities[1]. Since 2001, many changes have occurred in Chile, Latin America, the world, even in my own life. Today, I manage a university whose main characteristic is that it promotes social mobility in an indigenous context. Thus, I am in the enviable position of being able to directly apply a range of socially responsible practices.

Regional context: Latin America and the Caribbean
The situation in Latin America has prompted universities to consider social commitment or, in other words, social responsibility to be an essential principle driving their actions. According to CEPAL figures, 224 million people live in poverty in Latin America and the Caribbean. Of these, 98 million are indigenous peoples. Living in poverty does not only mean a lack of resources to pay for basic necessities; it also involves social exclusion, which prevents full participation in society (Ottone, 2006)[2].
Poverty affects development opportunities in families, and is transferred from generation to generation. The low educational achievement of broad segments of the population is one of the main mechanisms of the intergenerational transfer of poverty. Young people from poor social strata often have low educational levels and lack access to quality education. Therefore, their main channel of mobility and social inclusion is blocked (Ottone, 2006). Can universities remain indifferent to this situation?
The social responsibility of universities: our initial definition of the concept
One of the first activities of the Universidad Construye País project—once it had raised the awareness of rectors, academics and students from various universities and formed teams in each participating university—was to define the concept of social responsibility and indicators for measuring it. Work on this task began in 2002 as a joint effort (Universidad Construye País, 2006).
At that time, we defined the social responsibility of universities as the capacity to disseminate and put into practice a series of principles and values, by means of four key processes: management, teaching, research and extension activities.
We then had to define our declared values and principles:

- On a personal level: dignity for the individual, liberty and integrity.

- On a social level: public good and social equity, sustainable development and environmental issues, sociability and solidarity for successful coexistence, acceptance and appreciation of diversity, civic responsibility, democracy and participation.

- On a university level: commitment to truth, excellence, interdependence and transdisciplinarity.