Rethinking universities, why and how?

"Indeed, universities must rethink themselves and, in this regard, initiate processes of internal transformation and innovation. Those that remain anchored in the past will probably end up disappearing or becoming marginal." 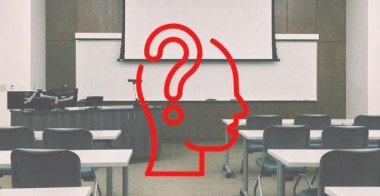 1. The organisational dynamics of universities.
Organisations are like living beings. Changing over time, they look to adapt to new circumstances and even anticipate future opportunities and problems. Likewise, in any organisation, history plays a more or less prominent role. Conservatism often impedes progress, change or improvement; not changing out of fear, out of vested interests, or out of sheer institutional apathy. Incrementalism is often the main tendency: it evolves not from nothing, but in keeping with the organisation’s own history and past circumstances that determine its duties.

Universities are by no means oblivious to this situation or these tendencies. We are talking about an institution with centuries of history behind it. On the one hand, universities oversee management of the creation and transmission of knowledge; therefore, they must develop flexibly and seek at all times to cultivate innovation processes. However, they are often slow-moving organisations, with cumbersome bureaucratic structures, where group and private interests overlap with entrenched methods, which can lead to the stagnation of the institution. Oftentimes, organisations pay little heed to the environment to which they should be responding. Hence, paradoxically, universities can coexist with these two overlapping tendencies: they must be highly innovative in order to work on the frontiers of knowledge, but they often end up being conservative, sluggish and, above all, somewhat unopen to social needs and demands. These are all generalisations, for each university institution has its own dynamic and we all know very different realities: from vibrant universities that foster change and openness to social reality (normally with governors that have the vision and capacity for strategic change) to slow, erratic institutions, where internal interests cause stagnation and the governors merely manage the established status quo. And within this scheme of things, we find all the nuances, depending on such factors such as the size of the institution, its age, its ownership (public, private, for-profit), its governance and management systems, its available resources and funding, its political-institutional context, and so on.

2. A world in transformation requires universities to be rethought.
I don’t think anyone still doubts that we live immersed in a historical era of profound transformation. This is the technological-scientific age, with things that were unthinkable just a few years ago. But also socially, politically and in the reality of globalisation that is changing so many paradigms of the past: climate and environmental crises, international trade and large corporations, energy, migration, global governance, the crisis of liberal democracy, and so on.

It is in this context of immense social, economic and technological change that universities must question their social function and their strategic targets. What should university education be in the digital age? How can equality and equal opportunities be promoted? Do we need to rethink the principles of university autonomy and academic freedom? How can universities help to make the 2030 Agenda and the Sustainable Development Goals a reality? How can multidisciplinarity be fostered? How should competency and values based education be implemented? What kind of teaching and research staff are needed? How should lifelong learning be developed? How can responsible and socially committed scientific research be promoted? How should universities collaborate in their local areas and in the international sphere? These are just some of the questions that higher education systems and universities themselves will have to answer in the coming years. Indeed, universities must rethink themselves and, in this regard, initiate processes of internal transformation and innovation. Those that remain anchored in the past will probably end up disappearing or becoming marginal.

A nuclear aspect of this era of profound transformations is that knowledge has become a critical factor for the progress and competitiveness of countries and societies. And universities have much to offer here: they have lost the (highly distributed) monopoly on knowledge but they continue to be key institutions in terms of their classic functions of education, research and innovation/transfer.

3. A proposal for transformation from the Global University Network for Innovation (GUNi).
The Global University Network for Innovation (GUNi), assuming this highly complex and changing reality, has been working for almost two years on the issue of why and how universities must be rethought. As it always has done, it is doing this from an analytical perspective but also from the praxis of university politics and management on a global scale. In this regard, it is preparing what is going to be the new GUNi World Report titled ‘New Visions for Higher Education Institutions towards 2030‘ and whose Concept Note is already available for reading. Secondly, it is giving direct support to the holding, in Barcelona, of the UNESCO World Conference on Higher Education (18-20 May 2022), which will lay the foundations for higher education within the perspective of the next decade and the 2030 Agenda.

On the basis of the foregoing, the GUNi network will be promoting the so-called International Call for Action (ICA), in its first phase in the 2022-2025 period. The ICA aims to bring together a representative group of universities from around the world to work and partner closely and to be able to rethink themselves in a practical manner in response to this new era of profound transformation. To do so, the GUNi World Report will be used as the base document and the following lines will be worked on: 1) Sharing knowledge with leading figures from academia and experts on the various topics; 2) Connecting knowledge with action, institutional strategy and change management; 3) Cooperative work among all ICA member universities; 4) Development of organisational learning processes and fostering the professional development of the governing, managerial and academic teams of the participating universities.
The International Call for Action will be developed at all times in accordance with the values of the Global University Network for Innovation, which are none other than those of UNESCO. It does so out of commitment to education (viewed as a quality public service for all), culture and science as sources of collective progress and well-being. It is an immense challenge, but an exciting one at the same time.

Embedding Sustainability in Academia: Deans as Change Makers
Do we educate to strengthen democracy and the common good?
Education as a pillar of the 2030 Agenda. Evolution and perspectives in the context of the Covid-19 crisis
Present and future of the humanities (II): between digitisation and artificial intelligence
The SDGs: our new north star