As higher education worldwide leans towards privatisation and universities focus on increasing their market value through commercialisation, a movement that promotes openness, free access to learning resources, and emphasises the social function of higher education is growing rapidly. Open Educational Resources (OER) are the spearhead of a broader trend towards open access to knowledge that is based on a participative and socially responsible understanding of education. In this paper, we discuss some of the main features of OER, an emerging field of interest, that will have its own little space in the next GUNI Higher Education in the World report. 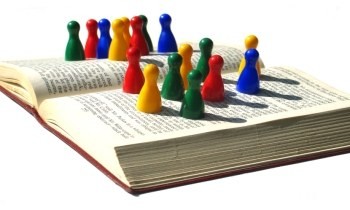 A complicated-sounding acronym, OER, has been occupying the minds and blogs of those working in the field of education and technology. The OECD has written a study about it (OECD, 2007), UNESCO's International Institute of Educational Planning has been discussing it with over 600 people from 98 countries [1], the Hewlett Foundation has spent US$ 68 million in supporting it and a search on Google now produces 90,000 results for the term OER, or open educational resources. What is all the excitement about?

References
BOK, Derek (2003) Universities in the Market Place: The Commercialization of Higher
Education. Princeton University Press, New Jersey.
COWAN, R. (2005), "Universities and the Knowledge Economy", Paper prepared for the conference Advancing Knowledge and the Knowledge Economy at the National Academies, Washington, DC, 10-11 January 2005.
OECD Centre for Educational Research and Innovation (2007), Giving Knowledge for Free - The Emergence of Open Educational Resources, OECD Publishing. Available from http://www.oecdbookshop.org/oecd/display.asp?sf1=identifiers&st1=5L4S6TNG3F9X
READINGS, B. (1996), The University in Ruins, Harvard University Press, Cambridge, Mass.
SUROWIECKI, J. (2004), The Wisdom of Crowds, Random House.
Notes
Catriona Savage to IIEP-OER mailing list 5 June 2007
Richard Stallman, the founder of the Free Software Foundation, famously declared that information should be “Free as in freedom.”
There is no generally accepted definition of OER. The term was first used in July 2002 during a UNESCO workshop on open courseware in developing countries. Most existing definitions include content, software tools, licenses, and best practices.
stats.wikimedia.org/EN/TablesWikipediaEN.htm
http://ocw.mit.edu/OcwWeb/Global/AboutOCW/evaluation.htm
Unpublished statistic collected by the Open Courseware Consortium, June 2007
http://ocw.mit.edu/OcwWeb/Global/AboutOCW/evaluation.htm
Indeed, Universia also collaborates with the MIT by translating original MIT OCW materials into Spanish, as can be seen at http://mit.ocw.universia.net.
For subscribers only (not an OER): http://www.nature.com/nature/journal/v438/n7070/full/438900a.html