A Look into a Possible Future: A Global Scenario for Higher Education Systems

All over the world, those who shape and fund higher education systems are engaged in a dramatic period of reform. Their interests have converted higher education into a priority sector within society, relevant for the productive sector and capable of leading the economic, social and human development of their respective societies. This constant search of identity leads to prospective exercises, which not always create similar scenarios. In this article, John A. Douglass, senior research fellow of the Center for Studies in Higher Education at the University of California-Berkeley, and author of the new book, The Conditions for Admission, offers us his own vision about this development, with an enriching and maybe provocative positioning. Identifying elements of a global higher education scenario might allow considering actions, which open up alternative visions of the future. Higher education systems could find other directions into which to evolve. Emphasizing even more the importance to contribute to human and social development, they might well opt for a collaborative approach rather than a competitive one. 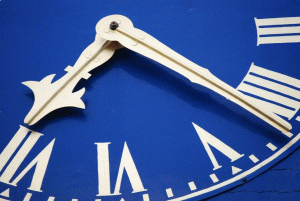 How do economists and historians explain long-term economic growth of nations, and their comparable competitive position? A consensus has emerged: one major factor is not just overall rates of educational attainment, but the vibrancy and the maturity of their public and private higher education institutions.

At the same time, international talent, both in terms of students and faculty, will increasingly evaluate the vibrancy of not only selective research universities, but also the quality of national systems of higher education, as important in their decision where to go. All of these factors, and the constant interest in the higher education reforms of competitors, has led to, rightly or wrongly, a global discussion on what works best.

John Douglass is a Senior Research Fellow whose current research interests are focused on the student experience in research universities, the role of universities in economic development, science policy as a component of national and multinational economic policy, the evolving role of mass higher education in society, and the influence of globalization.
He has served as the deputy director of the Center for Studies in Higher Education from 1999 to 2002 and is the editor of the Center's Research and Occasional Papers Series.