Knowledge, engagement and higher education, a matter of social responsibility

Higher education institutions (HEIs) are active players in contributing to social change and the creation of another possible world. HEIs are active players as well in spreading current paradigms, perceptions of reality and beliefs. HEI’s educate the future generation of citizens that meanwhile will carry their professional activity they will at the same time deal with human problems. The shadow of pressing global issues could be seen in every single decision we made every day. 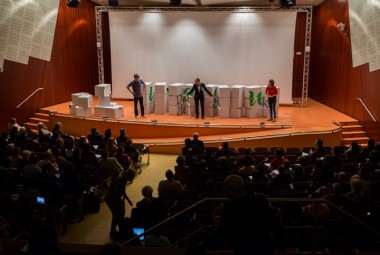 Higher education institutions (HEIs) are active players in contributing to social change and the creation of another possible world. HEIs are active players as well in spreading current paradigms, perceptions of reality and beliefs. HEI’s educate the future generation of citizens that meanwhile will carry their professional activity they will at the same time deal with human problems. The shadow of pressing global issues could be seen in every single decision we made every day. Making clear this connection in our education systems is one of the key points for a responsible education of the global citizenry. Individuals create society as it is. Thus going deeper in what is the current exchange of value between society and HEIs institutions is a matter of high priority in terms of social responsibility worldwide. This article is a synthesis from the 5th GUNi Report introduction chapter "Editors’ introduction. Knowledge, engagement and higher education: contributing to social change".

The first aim of this report is to look at our changing understandings about who the agents of knowledge creation are and how the creation, distribution and use of knowledge are linked to our aspirations for a better world.  The 5th GUNi Report offers us elements of a vision for a renewed and socially responsible relationship between higher education, knowledge, and society.

The Report attempts to go beyond the narrow and compartmentalized approach to engagement with higher education. Little assumption is made that community engagement may, sometimes, actually contribute to improvements in HEIs, especially to their teaching and research functions. In this Report, we approach the challenge of engagements by HEIs in the larger society in an integrated manner; it explore ways in which engagement enhances teaching (learning and education) and research (knowledge production, mobilization and dissemination); it approaches engagement in ways that accept the multiple sites and epistemologies of knowledge, as well as the reciprocity and mutuality in learning and education through engagement.

There is a growing disconnect between the aspirations of individuals and the responses from the institutions of governance in societies. As aspirations for collective and shared well-being rise, deficits in the design and operation of institutions in governing human collectives have begun to show. Deficits in democracy as most respected and accepted forms of governance of societies have become all too obvious even in those societies which have a longer tradition of democratic institutions. What is at issue today is the need for a new conception of human progress. In this matter, we consider knowledge to be a key element and Higher Education Institutions have a central role in its creation and promotion of its social use. It is important for HEIs to become, consciously and intentionally, analysts of the big changes that are happening and of possible initiatives in shaping, anticipating, intervening in and guiding these changes towards another possible world (Xercavins, 2008).

The elements of a global knowledge democracy, new and transformed higher education institutions and deeper expressions of social responsibility and social justice already exist in isolated institutions or on a limited scale.

Community-University engagement is a multifaceted, multidimensional umbrella term that may be applied to a vast range of activities, as well as to a certain view of the role university has to play in society that underlies them. In this view, universities move from the agenda of simply increasing the general education of the population and the output of scientific research towards a model in which university education and research should work towards specific economic and social objectives, by means of co-creating and exchanging knowledge and by sharing resources, skills and processes with the public good in mind.

National, Regional and Global networks have come into existence to support and promote various approaches to community-university engagement and knowledge democratization. Most of these networks are very new indeed having been created within the past 10-12 years.  They called for “all higher education institutions to make a strategic commitment to genuine community engagement, societal relevance or research and education and social responsibility as a core principle” (GACER, 2010).

Civil society including community service organizations, global advocacy networks and social movement formations linked to issues such as climate change, anti-child labor, food security or homelessness is increasingly involved both in co-creation of knowledge through partnerships with higher education institutions and in the creation of knowledge independently. The academic monopoly on knowledge creation, if it ever existed, has ended. We are acknowledging the knowledge creating processes, sometimes ancient, as in Indigenous and earth-based knowledge, where meaning and explanation are created and passed down completely outside the structure of a modern higher education institution. Another type of knowledge creation is the kind and form of knowledge carried out in civil society structures or social movements in the context of acting on critical issues in communities or at a larger scale.
But in addition and very importantly for the discussions in this report is the understanding of the very many forms of partnership research, what we speak of as the co-creation of knowledge between community or social movement  sectors and HEIs. Collaborative, participatory, action or other forms of community-based partnerships bring their own set of challenges.

There are three principal arguments which we wish to emphasize. The first is the need to answer the call of the challenges of our time, while maintaining an eye towards the future. This means today actively support social change. The role of Knowledge and HEIs in this is crucial. The second accentuation is that we need to step back and look at the understanding about knowledge and its creation, distribution and use. A break from the current conceptualization of our sense of higher education’s role in the process of knowledge production is necessary. Facilitating socially engaged universities is paramount to the necessary creation of knowledge. We also see the collection and analysis of present community engagement practices as essential, both as a way to share those efforts currently being executed by those in the higher education community, and as a platform for the evolution of these practices in responding to the challenges of the future.

Xercavins, J. (2008) Higher Education and its institutions and the civilizational paradigm crisis: reflections, analysis and proposals from the perspective of a forum of international civil society organizations, in: GUNi (2008), pp. 35-39