The international mobility of the highly skilled and talented individuals: Perspectives from Latin America

In this article, Jahir Calvo from the University of Panama, explains the challenges for Latin America regarding international mobility. It is also noted that the region should strive to give their highly skilled and talented professionals adequate and rewarding conditions to stay as a first choice. 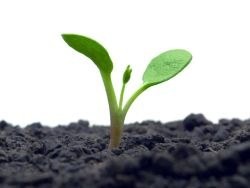 Jahir Calvo is Licentiate in Electromechanical Engineering and holds a Graduate Diploma in Top Management from the Panama University of Technology. He also holds a Specialization in Higher Education Didactics and is candidate for the master degree in the same area of specialization from the University of Panama. In 2009, he was awarded with a dual scholarship from Panamanian Government and the German Academic Exchange Service (DAAD) to continue his education in Germany, and is currently a Master’s student of the International Master Programme in Higher Education Research and Development offered by the International Centre for Higher Education Research Kassel together with the Department of Social Sciences of the University of Kassel in Germany.

He has experience in the higher education field, specifically in the coordination, implementation and evaluation of researches and technical studies in the areas of university planning and statistics. Among his areas of professional interest highlight the evaluation and accreditation processes in Higher Education.

For further information about this article, contact the author at the following e-mail address: jahir.calvo@gmail.com