Humanities: neither catastrophism nor protectionism

They are profound transformations that affect the very meaning of the notion of “human” in relation to society and life on the planet as a whole. In this context, humanities are not a set of disciplines to be preserved or conserved, but a set of activities that must be built up through relevant research, with the necessary and appropriate goals to take on these new challenges, on the good understanding that they are indispensable. The capacity to produce the sense and the value of the human experience, and to do so from commitment to dignity, equality and the reciprocity of these values, depends on humanities. 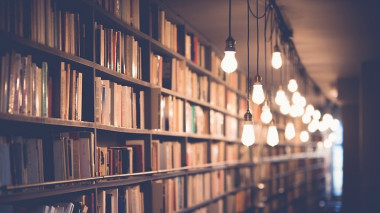 Are the humanities in crisis? Why does democracy need humanities? Do they still offer valid criteria for managing the value of what is human? Is there a need for integrated approaches and work between science, technology and humanities? How can the intellectual enjoyment of humanistic disciplines be facilitated and promoted in such a highly technical and utilitarian world? Is it humanities that are in crisis, or is it actually education systems?

These and other questions have certainly been recurrent over the years, as they also are in our highly techno-scientific here and now. The core question is whether, in this advanced society, the historical roots, the dialectic nerve, and the vitalistic and democratic ambition that have forever been associated with the humanities can be forgotten or even neglected. In fact, the debate about the role and the presence of humanities in education systems often leads to two positions that feed one upon the other: the catastrophic view and protectionism, which either highlight ‘what is being lost’ and warn of the ethical, political, social and cultural consequences, or otherwise propose different measures to ‘conserve and preserve’ the institutional and academic space that we have traditionally, from the epistemological division of knowledge, understood the humanities to be.

The debate is not happening in a timeless space, but in a new era in which we are already fully immersed: technological and scientific changes, climatic and environmental challenges, and a highly fragmented and unequal global and post-colonial world. There are neither sectorial nor incremental changes. They are profound transformations that affect the very meaning of the notion of “human” in relation to society (or societies) and life on the planet as a whole. In this context, humanities are not a set of disciplines to be preserved or conserved, but a set of activities (which are also utilitarian and applicable) that must be built up through relevant research, with the necessary and appropriate goals to take on these new challenges, on the good understanding that they are indispensable because the capacity to produce the sense and the value of the human experience, and to do so from commitment to dignity, equality and the reciprocity of these values, depends on humanities.

From this propositional approach and in consideration of our present and the challenges of the future, Catalan public universities as a whole are working on diagnosis, debate and proposals to address the problems with the perception, transmission and application of the humanities. We are looking to do this from an approach based on the problems and challenges of modern society, rather than through the classic disciplinary approach in terms of different academic areas. At the same time, we seek frank and fruitful dialogue between technology, science and humanities, for the sake of the integral education of the people and in order to employ the best knowledge-integrating tools to deal with the human problems and realities of the early 21st century.

From this perspective, we have set up two ambitious projects. On the one hand, through the Global University Network for Innovation-GUNi (which brings together more than 230 institutions from 80 countries), we are preparing a Global Report on the future of humanities in higher education and the synergies between science, technology and humanities, which will be presented publicly in December at the CaixaForum in Barcelona. Nearly 70 authors from all around the world will be contributing, under coordination of an international advisory council and professors Marina Garcés, David Bueno and Josep Casanovas, who hail from diverse but certainly complementary areas. On the other hand, we have embarked upon a conference season at the Palau Macaya, which will be going on until January 2020, entitled ‘Meaning and value of humanities in the 21st century’ and involving collaboration between the Catalan Association of Public Universities and La Caixa Foundation. Under the scientific direction of Professor Joan Manuel del Pozo, the idea is to promote the exchange of ideas (and proposals) regarding the challenges that society has to face in the 21st century and the role that humanities can play in these challenges, with major emphasis on education systems and their different stages. These two long-term programmes ultimately aim to address the challenges for education systems and the future of humanities for the good of the progress of societies, and this is being done both thoroughly and valiantly, without catastrophism or protectionism.

The Lisbon Declaration on Humanities, Open Research and Innovation
GUNi at the European Humanities Conference 2021
New book: Big Research Questions about the Human Condition. A Historian's Will
University of Tartu Museum Wins the UMAC Award 2020
The 7th Higher Education in the World Report presented in Costa Rica