Higher Education, Environment and Sustainability in Latin America and The Caribbean

In this article Orlando Sáenz and Javier Benayas from University of Applied and Environmental Sciences, Colombia and the Autonomous University of Madrid, Spain respectively, present a condensed version of the regional article on Latin America and The Caribbean included in the GUNi Report Higher Education in the World 4. 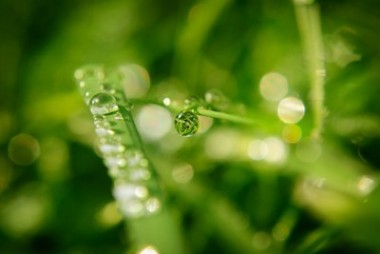 The process of including the environmental dimension in higher education institutions (HEIs) in Latin America and the Caribbean (LAC) began in the 1950s and has passed through three successive stages: natural resources, the environment and sustainable development.

A recent historical study on the emergence and early development of higher environmental education in Colombia shows how, from 1950 onwards, Colombian universities began offering technical and vocational training programmes regarding the use and conservation of natural resources. During the 1950s and 1960s, a total of 26 such programmes were created in 14 different HEIs. Studies, if undertaken, would likely encounter similar or greater progress in other LAC countries.

Environmental education proper commenced in the 1970s, simultaneously in LAC and internationally. Latin American academics were active participants in meetings held after the Stockholm Conference of 1972 and major promotion was undertaken in the region by the International Centre for Training and Education in Environmental Sciences (CIFCA) and the United Nations Environment Programme (UNEP). In 1977, CIFCA conducted a study entitled “Overview of environmental higher education in Latin America”, which provided evidence of significant progress in this field.

The third stage in the process of “greening” universities in LAC, currently underway, focuses on concepts such as “education for sustainable development”, “education for sustainability” and “education for sustainable societies.” In this stage, which was launched by the United Nations Conference on Environment and Development held in Rio de Janeiro in 1992, the process of incorporating environmental and development issues in higher education in LAC has accelerated dramatically in comparison with the two previous periods. Unfortunately, no regional study has been conducted to compare progress made with the diagnoses made during the 1970s and 1980s. Such a report would almost certainly highlight great quantitative and qualitative advances in training, research and extramural activities regarding the environment and sustainability in HEIs in the region in the last 20 years.

Colombia is a clear example of progress in this latest phase. An early diagnosis by CIFCA and UNEP’s Regional Office for Latin America and the Caribbean has led to studies and analyses on the inclusion of environmental and development issues in higher education being implemented with some frequency in Colombia. The two most recent quantitative studies report that Colombian HEIs offered 465 programmes in 2006, compared to 190 programmes in 1999.

Since the mid-1980s, with the support of UNEP and several national governments, LAC universities have begun to organise themselves into networks aimed at furthering environmental training, research and extramural activities. The first such network was the Colombian Environmental Training Network, which began operating in 1982 and became further consolidated after the Bogota Seminar of 1985; over 40 Colombian universities are currently active members of this network.

Other national networks established under UNEP’s ETN-LAC programme have been less successful. Reported in 1986 was the creation of national networks in Argentina, Brazil, Cuba, Mexico, Nicaragua and Venezuela; however, none of these networks came to be fully consolidated. Between 1988 and 1990, however, several national seminars on universities and the environment were held, aimed at promoting the inclusion of the environmental dimension in HEIs. In 1996, a group of institutions and universities in Guatemala created the National Network for Environmental Research and Training, which is still functioning.

The growing importance of environmental education as part of higher education is clearly reflected in the major academic and scientific events held in the field. Under the auspices of the First Iberoamerican Congress on Environmental Education, held in Guadalajara in 1992, a document was drawn up setting out experiences and initiatives in including environmental education in higher education in various countries. Congresses held in Guadalajara (Mexico, 1997), Caracas (Venezuela, 2000), Havana (Cuba, 2003), Joinville (Brazil, 2006) and San Clemente del Tuyu (Argentina, 2009) further explored this issue.

It seems to be the case that the universities themselves, with the support of some international agencies, are leading the inclusion of environment and sustainability issues in higher education in LAC. Some governments, however, have also begun to formulate specific national policies aimed at guiding and fostering environmental education in general, including in higher education. The earliest national strategy papers on environmental education were drawn up in Guatemala (1990), Mexico (1993), Ecuador (1994), Costa Rica (1995) and Cuba (1997). It was Brazil, however, which, in 1999, embodied strategic declarations in a National Environmental Education Policy. Colombia approved a National Environmental Education Policy with explicit guidelines for HEIs on this subject in 2002 and Guatemala adopted a similar initiative in 2004.

Recent years have witnessed a resurgence in environmental networks in universities in LAC. They continue to grow in number and are now so many that reviewing them all is impossible. Among the more recently created networks is the Mexican Consortium of University Environmental Programmes for Sustainable Development (COMPLEXUS), established in December 2000. Another important initiative was that of several environmental education networks in Brazil, which began to organise in 1988. A particularly important network is the Environmental Committee of the Association of Universities in the Montevideo Group (CA-AUGM), created in 1991. In late 2009, Argentina created an Argentinian University Network for Sustainability and the Environment (RAUSA). In 2010, seven universities in the Santiago de Chile metropolitan area signed a cooperation agreement to promote a sustainable campus initiative in Chile.

Unfortunately, the crucial and very rich process of higher education greening in LAC in recent decades has been poorly documented at the regional level. Drawing on the latest statistics available for Mexico and Colombia, it is likely that several thousand environmental education programmes are being run by universities in the region. Environmental research and university outreach projects are likely to be even more numerous. HEIs with some degree of greening in their management model, meanwhile, can probably be counted in their hundreds.

All these estimates give a rough idea of ​​the general magnitudes of the most important aspects of the process of greening higher education in LAC but are very far from furnishing precise knowledge regarding the current situation. There is therefore an urgent need for further regional studies regarding various aspects to do with the inclusion of the environmental dimension in universities in LAC.

Javier Benayas is a Professor of Ecology at the Autonomous University of Madrid, where he was Vice President of Campus and Environmental Quality from 2003 to 2009. In 2003, he promoted the creation of the Sectoral Commission on Environmental Quality and Sustainable Development and Risk Prevention (CADEP) at the Conference of Rectors of Spanish Universities (CRUE). He is currently its Executive Secretary. Since 2000 he has been the coordinator of the Interuniversity PhD program "Environmental Education" that is being taught by nine Spanish universities.

William Scott
Defining social responsibility: a matter of philosophical urgency for universities
GUNi celebrates its Academic Seminar at the University of Victoria (Canada)
Sustainability and Higher Education in Asia and the Pacific
Global Communiqué on Sustainability, Knowledge and Democracy: Invitation