The Global University Network for Innovation was created by UNESCO, the United Nations University (UNU) and the Universitat Politècnica de Catalunya-BarcelonaTech (UPC) 15 years ago. In the last eight years the network has consolidated its activities, increased its international presence and become a well know reference in the analysis and dissemination of higher education (HE) emerging issues worldwide. 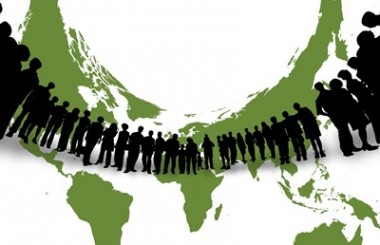 From 2006 to 2013, Prof. Antoni Giró, as GUNi President, and myself as GUNi Executive Director, together with a very valuable high professional and committed team, have been leading the network from the headquarters in Barcelona. During this period four world reports and one synthesis commissioned by UNESCO for the 2009 World Conference have been published. Four international conferences have taken place with an average of 400 participants from 70 countries, and up to ten research projects have been endeavored. More than 300 academics from all over the world have been authors of the GUNi Report and 18.500 reports have been disseminated among 93 countries along these years. The global vision and action of GUNi, as well as the results obtained allow enjoying the nowadays international visibility and recognition of the network.

This has been a collective task. An ecosystem of partnerships has been the real author of these results, following one of the signals of identity of the GUNi way of being. In this mosaic of partners, UNU and UNESCO and the Executive Committee have played since the beginning a very significant role bringing a very valuable institutional support. The network never would become what it is now without these specific partners along the way and without their committed collaboration.

The Financing partners have been the other big leg that has allowed the work done. GUNi want to thank them for the trust they have shown with regards to our activity, despite it cannot offer short-time results in terms of social transformation, which is our ultimate goal. They have appreciated GUNi’s role of watchtower and think-tank that brings innovative and fresh ideas in advance to the times, acting as shifters of the HE system worldwide.

On the other hand, during the last eight years GUNi expanded the network, until reaching the current number of 208 members from 78 countries. GUNi thanks to all members for its fidelity and support and aims to provide them with more added-value in the near future.

Following this pathway of collective work more than 300 scholars and practitioners from all over the world have been authors of the GUNi Reports. With all of them we have worked together to reinforce higher education role worldwide and its stance within society, sharing principles and values as well as pathways for real action.

This work done together has been, in essence, going deeper into HE social responsibility and relevance referenced in the context of the pressing global issues and its local manifestations. GUNi aims to contribute to move forward a committed role of the knowledge institutions, helping linking its activities with the real and deep societal needs of our times for their contribution to social transformation.

The different actors that have worked with GUNi have appreciated the value of our main activities to achieve this impact in society in the long term. Our Partners also appreciate the way and values we are working with to achieve our results. GUNi acknowledge this responsibility and will keep committed to its mission and way of doing, keeping quality as a main core value.

At the end of 2013, under the difficult economic conditions that affected Spain and Catalonia, the Universitat Politècnica de Catalunya, jointly with GUNi and in agreement with UNESCO and UNU, decided transferring the hosting institution of the GUNi Secretariat from UPC to the Catalan Association of Public Universities (ACUP) with the true conviction of guaranteeing the viability and continuity of the project. Locating the secretariat in ACUP allows GUNi to continue its main activities, keeping its spirit and values as well as to work intensively in order to consolidate its funding sources for the future.

ACUP is a nonprofit association of universities created in 2002 on an initiative of the eight Catalan public universities. Its main purpose is being the principal voice of the universities in Catalonia and combines efforts to promote initiatives, programs and joint projects with the aim of improving the university system and ensuring that it spearheads social, cultural and economic development.

ACUP hosts the GUNi Secretariat as a good opportunity to strengthen its international role and activity, as well as the international profile and visibility of the Catalan HE System. At the same time, GUNi gets reinforced with this new partner by taking the opportunity of being supported by the know-how of eight universities that can give to the project the resources needed to better achieve its mission and goals.

The new GUNi President, that takes the position of Prof. Antoni Girò from 1 May, is Prof. Roberto Fernández, President of ACUP, and President of the Universitat de Lleida as well. The ACUP presidency rotates annually among the university rectors and so the presidency of GUNi will.

Taking this opportunity of renewal of the network, and after eight years boosting the project, I have decided to transfer the Executive Direction of GUNi to Mr. Josep M. Vilalta, ACUP Executive Secretary. Nevertheless, I will keep a committed role with the future of the network in the position of Project Development Advisor. This part time dedication aims to facilitate the best transition to this new GUNi period and offer knowhow for future projects of the network.

Antoni Giró and myself want to express our sincere gratitude to the GUNi team members during this eight years and to all those persons and institutions that have make real our shared aims.

Embedding Sustainability in Academia: Deans as Change Makers
New GUNi regional office in Latin America and the Caribbean recently stablished in the University of Guadalajara, in Mexico.
GUNi joins the Sant Pau Art Nouveau Site Knowledge Center
Defining social responsibility: a matter of philosophical urgency for universities
The new agenda for the transformation of higher education in Latin America