GUNi invites you to participate in a research project on community-university engagement by completing an online survey questionnaire. The conclusions of the research will be published in the next GUNi Report, “Higher Education in the world 5”. 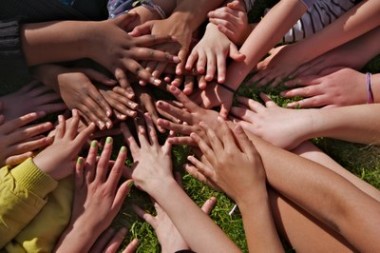 Currently, the main activities of GUNi are focused on one of the most significant trends in higher education over the 10-15 years: the growth of the theory and practice of Community-University Engagement (CUE). The centrality of engagement is critical to the success of higher education in the future (Fitzgerald, Bruns, Sonka, Furco, and Swanson, 2012).

Within this framework GUNi is conducting a research project on CUE to document and study the wide range of CUE initiatives around the world. The final purpose is to define a typology of mechanisms and partnership structures that can integrate teaching, learning, research and/or knowledge creation with community engagement.

Following the Carnegie Foundation, CUE can be defined as “the collaboration between institutions of higher education and their larger communities (…) for the mutually beneficial exchange of knowledge and resources in a context of partnership and reciprocity” (Driscoll, 2008, p.39).

The Talloires Network highlights that in the CUE movement the practices and structures of engagement are rich and continually evolving. The main ways and practices of engagement are service learning (Campus Compact, McIlrath and MacLabhrainn, 2007), community-based research (Strand et al, 2003), engaged scholarship (Boyer, 1996, and Fitzgerald et al, 2012), community-university research partnerships (Hart et al, 2007, and Hall, 2011), knowledge mobilization and its variants such as knowledge translation, impact or utilization (Levesque, 2010, blog), among others.

In order to identify different typologies of CUE, the research will be focused in initiatives and not in institutions (that can embrace a wide range of them). The first step in the process of the research has been the development of an initial theoretical framework on CUE, counting with the contribution of a scientific reference group of authors. As a result of it, we have drawn a conceptualization of CUE initiatives based in five key points (see Figure 1): 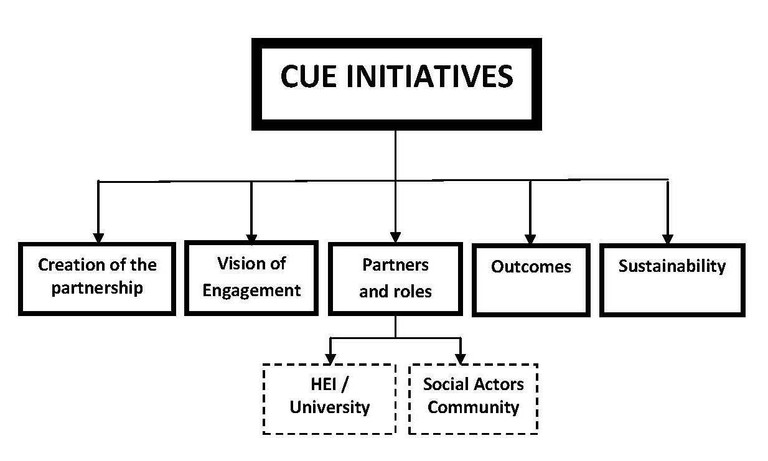 The next step has been the design of the research methodology and a survey questionnaire (following the five key points previously mentioned). For this purpose a working group has been created at the GUNi knowledge community for debating about the questions and contents of the survey questionnaire. Parallel to that, GUNi has developed a database of the target, which counts with a contact list of CUE networks and their affiliates, and a collection of two thousand CUE initiatives identified around the world.

The launch of the survey questionnaire was at the end of October 2012 and it will be open until the end of December 2012. Once the data is collected it will be analyzed by GUNi, and the results will be presented and discussed in the GUNi Academic Seminar (March, 2013) and at the 6th International Barcelona Conference on Higher Education (May, 2013).

The survey is conducted as an online questionnaire for each participating initiative. The questionnaire includes both scaled response-type questions and questions requiring evidence of a more qualitative nature.

We would be very grateful if you could disseminate this project among those persons involved in community university engagement that might be interested. Please do not hesitate contacting us for any clarification on the project you may need.

Many thanks in advance for your collaboration!