Francesc Xavier Grau, the new Non-Executive Director of GUNi, shares his views about the need for engaged universities, both at regional and global level. The vision of a university as an "inescapable social force for good" makes engagement with the immediate needs of our local societies and engagement with the global challenges of the world, of our global society, compatible. This is the real challenge of many universities around the world that may be able to take on the responsibility of being a glocal university. 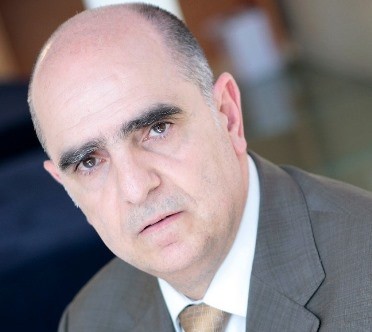 A variety of adjectives have been used to define the roles played by universities and the challenges they face. The latest report on global higher education (GUNi, 2013), for example, speaks of ‘engaged universities’ whereas John Goddard (2009) developed the idea of ‘civic universities’. Other terms that have been coined in recent years are ‘entrepreneurial universities’ (Allan Gibb, 2005), ‘innovative universities" (Clayton M. Christensen and Henry J. Eyring, 2011) and ‘globally competitive, locally engaged universities’ (OECD, 2007). Perhaps the latest significant contribution is the recovery of the concept ‘flagship universities’ by John Aubrey Douglass (2014).

The vast majority of the literature draws its inspiration from the fact that university activity – training professionals and community leaders, generating advanced knowledge, and transforming knowledge into new products and processes – plays a central role in the economic development and the competitiveness of nations and regions. However, the 2013 GUNi report and other organizations such as the Talloires Network focus more on social commitment and the universities’ response to the major problems of humanity. Both of these approaches have arisen from the same phenomenon and the same need: the challenges posed by globalization to people, societies, nations and the world at large. One of the unique features of the current age – and one that we have had the privilege to witness – is the shrinking of the world as we know it.

Today, the social role of a university is measured by its impact and quality in higher education and research, but also by the degree of development of what has been called simplistically the third mission, i.e., the interaction with its environment from both a socioeconomic and cultural perspective, oriented towards the better development of our communities. Therefore, already part of the mission of the University is its involvement in shaping an environment conducive to knowledge generation and its transformation into economic value, productivity and competitiveness, facilitating job creation and wealth and, at the same time, helping to lay the bases of a balanced, advanced and more just, sustainable, society.

Universities, like many organizations, are under strong pressure. Today, most of them are focusing their efforts on survival, in response to massive expansion in demand, the tendency towards reducing the role of state and increasing the role of the market, the diversification of providers, the diversification of funding sources, the challenges of internationalization and cross-border education, the need to internalize the processes of quality assurance and its relation with accreditation processes, the emergence of rankings and their effect on public policies,… This can explain why they are not so present on the political agendas related to global issues as they should be, according to their core importance.

But, finally, the recipe is to be fully engaged. To be at the same time a key institution at regional level, seeking the development of the immediate society with all the possibilities offered by teaching, research, and knowledge transfer activities, but also being directly involved in establishing the regional strategy along with the administration, social agents and civic representatives; and a globally engaged institution that, through the education of open-minded, critical thinking and conscious citizens, and also through relevant research activity, participates in defining global lines of action towards a fair and sustainable World.

Based in his own experience as a rector, the author proposes a set of building blocks, or basic elements that could be considered in foreseeing the character of a globally and locally engaged university:

On occasion of the 25th anniversary of the assassination of Ignacio Ellacuría, rector of Universidad Iberoamericana del Salvador in 1989, Michael McCarthy published an interesting article in The New York Times that finishes with an inspiring last paragraph: “As the future of higher education remains so uncertain, and as the financial pressures of running universities increase, I find great courage in those schools that strive to be driven by something more than the market economy. Father Ellacuría championed the vision of a university that would be an “inescapable social force” for good. That is no less important in 2014 than it was in 1989. I still believe that an education not grounded in justice is a farce and that we desperately need wise, courageous, even heroic academic leaders to realize the highest purposes of education.”

This vision of a university as an “’inescapable social force for good” makes engagement with the immediate needs of our local societies and engagement with the global challenges of the World, of our global society, compatible. That’s the real challenge of many universities everywhere, that have the possibility and the responsibility of being a Glocal University.