The 6th Higher Education in the World Report 'Towards a Socially Responsible University: Balancing the Global with the Local' analyzes the contradictions and potential conflicts that arise from the fact that universities must respond to local (regional/national) and global demands. 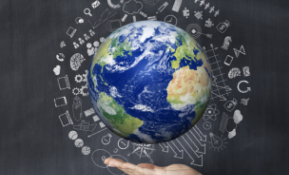 Should universities be closely involved with the social, cultural and economic development of their countries? Is this compatible with the commitment of universities to the global challenges of humanity and the planet? How should this dual (local/global) responsibility be explained in the government and mission of universities? Is all this a zero-sum game? Should universities promote alliances for international cooperation or simply compete between themselves on a global level? How does this local/global duality manifest itself in aspects such as university training, scientific research or knowledge transfer?

These are some of the questions addressed in the 6th Higher Education in the World Report, Towards a Socially Responsible University: Balancing the Global with the Local, prepared by the Global University Network for Innovation (GUNi), which was officially presented a fortnight ago in Barcelona. GUNi is the global network of university institutions promoted by UNESCO, the United National University, and the Catalan Association of Public Universities (Asociación Catalana de Universidades Públicas, ACUP), which holds the presidency and a permanent secretariat. To date, GUNi is composed of 208 institutions from 78 countries.

Eighty-six experts in 28 countries contributed to the World Report, which analysed the contradictions and potential conflicts that arise from the fact that universities must respond to local (regional/national) and global demands. In other words, on one hand they are institutions based in countries and financed by governments that expect direct and indirect returns in various forms: the education of professionals and citizens; social and cultural development; the promotion of a productive economy and support for business; technology transfer, and the creation of companies and innovation. On the other hand, the very concept of the university embodies the function of advancing knowledge and science in any discipline or area of knowledge, its ‘universal’ commitment to the values of progress, critical analysis and humanism.

Added to this is the fact that, in a society and economy increasingly based on knowledge, universities play a strategic role in the present and future competitiveness of countries, and in building an advanced, mature and progressive society. There is a correlation between a society’s wealth and its evolution in the field of knowledge, which implies that society and its representative institutions are more demanding of their universities and research centres to generate direct impacts in the short and medium term.

Humanity’s global challenges have been superbly captured in the UN’s 17 Goals to Transform Our World (SDGs). Undoubtedly, universities and research institutions can contribute to a large extent to the fulfillment of these goals, not only through their principal functions of education and scientific research, but also because practically all the goals require considerable cooperation and institutional alliances, to which the universities themselves can make a significant contribution. Aspects such as open science, academic diplomacy, or large scale research projects provide good examples of these. Creating joint strategies and partnerships between universities can be very helpful in tackling complex problems such as climate change, the eradication of poverty, the development of renewable energies, the management of natural resources and the advance of democratic, inclusive and progressive societies. We see examples of this in the national university association or in the national university associations with greater reach, such as the university associations of different continents, or various university networks with a theme such as sustainable development, social commitment, etc.

The objective of the Report is to analyse how the glocal commitment of universities should form part of research and investigation activities, as well as being explicit in government and the institutional leadership. It analyses examples, projects and good practices at institutions around the world, and is divided into these nine sections: the changing role of universities in the era of globalisation; the reform of educational curricula at the start of the 21st century; global knowledge and responsible research; government, the organisation and university management; the glocal commitment of higher education institutions and the ethical implications; the role of networks in glocal engagement objectives; systems for measuring impact, and accountability; and funding systems.

The final chapter of the Report presents recommendations that take into account the essential and complex dual commitment of universities. In this context, undoubtedly, each university should design and work in line with its own profile. University governments are fundamental in this respect. The Report states that the university institution should have considerable autonomy in government and management, with wide degrees of freedom, which allow each institution, as we said, to design and implement its own strategic profile.

The Report is the result of two years’ work in the heart of the GUNi and features the participation, as we mentioned, of 86 experts. We urge you to read it, whether in the shortened, edited format or the full version available here through open access.