The global agenda for sustainable development, a feasible dream?

A critical aspect of the establishment of a global agenda is the need to have indicators and reliable and agreed information systems. This aspect alone is an enormous challenge that requires shared knowledge and efforts. 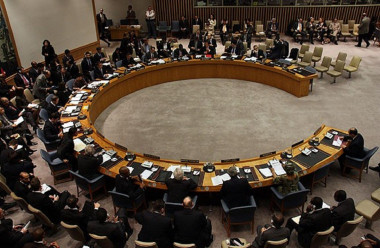 Does mankind need to establish a series of goals on a planetary scale? Are we facing a worldwide emergency situation that is endangering our planet? Is the application of joint solutions feasible? Are international organisations powerful enough to enforce them?

These and other issues have arisen in the wake of the approval by the United Nations (UN) in September 2015 of the 2030 Sustainable Development Agenda, which includes seventeen universally applicable goals for deployment between 2015 and 2030. These are the Sustainable Development Goals (SDGs) that you have surely heard about. Compliance with the SDGs in not compulsory, but governments everywhere are expected take them on board in the establishment of national agendas that are in line with the global one.

The seventeen goals (which are broken down into 169 specific targets) include such ambitious aims as putting an end to poverty, reducing inequalities, fighting against climate change, promoting clean energies and sustainable consumption, fostering inclusive, equitable and quality education for all, achieving full employment with dignified jobs for everyone and achieving gender equality. Is this no more than a list of good intentions that won't lead anywhere? And how are governments, institutions and organisations reacting?

The UN has launched an extraordinarily ambitious and hereto totally unprecedented programme, comparable only to the Universal Declaration of Human Rights (UDHR) of 1948. But we should note that international agreements derived from the UDHR compelled signee states to comply with them, while compliance with the SDG is not obligatory.

From the perspective of international politics, the success of the 2030 Agenda resides in the fact that it calls upon all countries of the world. It is no longer a matter of goals for developing countries (as was the case with the previous Millennium Development Goals for the 2000-2015 period). Instead, the SDGs seek to raise awareness that the planet’s problems and realities are of concern to us all. For the first time in human history, collective attention is being drawn to the global challenges faced by the planet and our species, and these are being tackled with a fifteen-year plan to build a fairer, more progressive and more sustainable world. The challenges posed are huge (unassailable?) and the results will in all certainty be modest. We only have to observe that, now that we are into the fourth year of application, we are no closer to many of the specifically proposed targets and are instead drifting even further away.

The 2030 Agenda arose in a time of crisis among a large number of international institutions. Paradoxically, just when the world had managed to create a collective agenda that involves everyone (governments and parliaments, public institutions, companies, NGOs, universities and so forth) international institutions are being questioned and are struggling to deal with such regional or sectorial crises as wars, migration, international trade and treaties and the fight against global warming and climate change, to cite just some of the best-known examples.

A critical aspect of the establishment of a global agenda is the need to have indicators and reliable and agreed information systems. This aspect alone is an enormous challenge that requires shared knowledge and efforts. Another is the lack of proactivity and flexibility among international bodies. Even the UN and its agencies are largely bureaucratic monsters that are hard to govern and manage, where the policies of certain states can act as vetoes and thereby block the necessary collective actions.

The 2030 Agenda and the SDGs also arose at a historic moment of dynamism and extreme change. In fact, they are being implemented at the height of a turning point in history, with technological, financial, social and cultural changes happening alongside cultural and political systems that are still anchored to the old paradigm of the industrial era in which stability, planning and sustainable growth were the common norm. And this is most certainly happening within political and financial systems in which knowledge is becoming increasingly more necessary in order to make decisions and deal with complex yet interdependent problems. Daniel Innerarity put this very succinctly in a recent article when he described an era of major uncertainty and acceleration in which global challenges like climate change, robotics and economic governance require major mobilisation of knowledge, with complex realities in which common goods (and also ‘common bads’) are emerging, which are being controlled by international institutions that are still too weak.

Such a huge amount of information (and also non-information, misinformation and ‘fake news’ campaigns), and our often limited knowledge, make it hard for us to appreciate the true state of the world, in our case in relation to the SDGs: is the world advancing positively in the framework set out by the 2030 Agenda? Or, on the contrary, are we living in a world of greater iniquities, which is less sustainable, with less democratic governments and more military conflicts? It is an on-going debate, but some evidence does show that the world is heading for better things: in global terms, people’s standard of living has improved; life expectancy is rising and infant mortality is decreasing, there are increasingly fewer wars, and democracy, in the generic sense, is spreading to more countries. Curiously, this is all happening together with a certain feeling that the world is taking a turn for the worse, with the media and social networks seemingly portraying (magnifying?) a more unequal and insecure world.

In our country, the Government of Catalonia itself and several local entities are making an outstanding internal effort to assume the SDGs and establish a ‘Catalan Agenda’. We should highlight the work of the Ministry for Foreign Action, Institutional Relations and Transparency (under the ministries of Raül Romeva, Ernest Maragall and currently Alfred Bosch) and specifically the Sustainable Development Advisory Board (CADS). The ‘2030 Agenda: transform Catalonia, improve the world’ report is a fine start, which must now be materialised in the form of a National Plan to implement the SDGs on a Catalan scale, under the leadership of the Parliament and Government of Catalonia in close collaboration with the country’s economic, institutional, social, cultural and academic agents. Doing so would set Catalonia on the same path as advanced countries, which are committed to sustainable development and a society of greater progress and equity, and which base their foreign policy on the principles of peace, sustainability and multilateralism.

From the approval of the Agenda to the present day we have witnessed a significant rise in interest in the SDGs. They have become benchmarks for both local and national governments and for companies, universities and civilian society around the world. In this regard, it is important to emphasise that this is no longer just about the responsibilities of the nation-states, but of all the stakeholders in society. Interesting examples include the Global Compact and Spanish Network in the business sphere. In academia, Catalan public universities are engaged in different programmes of interest and are formally committed to the deployment of the SDGs. Likewise, the Global University Network for Innovation (GUNi), made up of more than 220 universities and research centres around the world (over which the ACUP holds the permanent presidency and secretariat), is seeking to be the leading driver of the 2030 Agenda in the university world. More locally, we could highlight the city of New York, a pioneer in presenting itself for voluntary examination before the United Nations and rendering accounts of its progress through a monitoring and assessment report.

Time will tell whether all these initiatives really do end up changing the world along the lines set out by the 2030 Agenda. Right now, the reality of international politics leads us to exercise caution and be somewhat pessimistic. However, the seed of the SDGs has been planted, and hopefully for the sake of a more sustainable, progressive, equal and peaceful world.

The SDGs: our new north star
Synergies and Agnotology
Engaging partners is a key role for HE in sustainability
Spring 2022 series of lectures and seminars in the framework of the TeRRIFICA project - Territorial RRI fostering innovative climate action
The Call For Funding Chair And Vice-Chairs of the DECODE Deans Council is now open!