Facing the Threat of HIV and AIDS: A Regional Analysis from the HEIs Standing Point Association of African Universities

In this article the Association of African Universities (AAU) explains how Africa’s higher education sector’s has responded to the HIV-AIDS pandemic in the region as part of its commitment with the community. 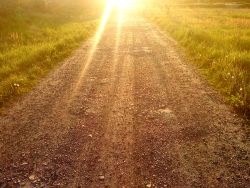 Three decades after the first HIV and AIDS cases were reported, the pandemic still continues to pose serious challenges to humanity, with young and productive people particularly in sub-Saharan Africa becoming sick, dying and leaving behind the most vulnerable. Of the over 33 million people estimated to be living with HIV worldwide in 2008, sub-Saharan Africa accounted for about 22.4 million of this figure (UNAIDS/WHO, 2009).

There are variations in the epidemiological pattern of HIV in Africa but the precise reasons for this remain poorly understood. National adult HIV prevalence ranged from less than 2% in some countries of the Sahel to above 15% in most of southern Africa exceeded 15% in 2005 (e.g. Botswana, Lesotho, Mozambique, Namibia, South Africa, Swaziland, Zambia and Zimbabwe).

Education is touted as pivotal to the achievement of several of the Millennium Development Goals, including reduction in HIV infection. If fortified, the education sector, (formal or informal, basic or tertiary) can become a country’s strongest weapon against the threats of HIV and AIDS due to its capability to equip the learner to make informed choices towards a healthier behaviour.

Higher education institutions (HEIs) are potential breeding grounds for HIV infection due to the close physical proximity of a large number of young adults at their peak years of sexual activity and experimentation devoid of systematic supervision, combined with the availability of alcohol and perhaps drugs (Saint et al., 2004). Increasing attrition among staff is one indicator that HIV is beginning to have an impact on higher education institutions. Key findings of the South African Educators Survey (Rispel et al. 2006) showed that there were HIV prevalence of 12.7% among educators, 3.9% among further education and training (FET) lecturers and 8.2% among third and fourth year teaching students.

Africa’s higher education sector’s response to the pandemic so far has been categorised into three by the Association of African Universities and its partners as follows:

The early response of African HEIs to the HIV pandemic is often classified as 1st Generation Responses, which were driven by certain imperatives at the international level and were subsequently adopted by many countries and institutions. According to AAU (2007), a consensus developed around the need for:

These 1st Generation Responses had intended to make universities a safer space for affected and infected people due to their provision of better access to education, services, care and support programmes and an environment which protects human rights – particularly of people living with HIV. However, universities still remain as places where students and employees are extremely reluctant to disclose their HIV status, and where stigma also prevails. These were confirmed by participants of the AAU Conference of Rectors, Vice-Chancellors and Presidents of African Universities (COREVIP) held in Tripoli, Libya in October, 2007, who recommended:

A recent AAU survey in 2008 titled ‘The Response of Higher Education Institutions in Africa to The HIV and AIDS Epidemic’ which covered 35 institutions in 19 countries in sub-Saharan Africa had very revealing findings on the place of HIV and AIDS in institutional strategic plans; the integration of HIV and AIDS into formal and informal university curricula; and the extent to which HIV and AIDS related activities have influenced individual behaviour and the systems and processes within the institutions concerned for HIV mitigation and treatment.

Eighty percent (80%) of institutions surveyed had policies to respond to the pandemic but all the Southern Africa institutions had policies on HIV and AIDS with or without external financial support from AAU or other higher education stakeholders to develop them. In Eastern Africa, all surveyed institutions except the University of Burundi, which had no AAU programme support, had developed policies, with some of them even under revision. West Africa had the bulk of no-policy and policy-in-the pipeline institutions.

Just like the lack of institutional HIV and AIDS policies, Anglophone West Africa and Francophone Western and Central Africa HEIs did not have implicit evidence of HIV and AIDS integration into their Strategic Plans except for Université Gaston Berger which was drafting a Strategic at the time of the survey. Eighty percent (80%) of the ten institutions in Eastern African sub-region had HIV issues in their Strategic Plans, the only exceptions being Makerere and Kyambogo universities in Uganda, which were non-beneficiaries of AAU support. For Southern Africa, due, perhaps, to the high prevalence of the epidemic in the sub-region, there was clear evidence of HIV integration in their institutions.

Anglophone Western Africa and Francophone Western and Central African institutions, externally supported or not supported financially, tended to have ad hoc ‘committees’ managing the pandemic and there was no clear evidence of annual budgetary allocations from the universities. In Eastern Africa, functional HIV and AIDS units in most of the institutions were headed by senior level personnel, with dedicated budget lines for advocacy, counselling and training activities. The exceptions were the universities of Burundi, Makerere and Kyambogo, which had not then benefited from any AAU or external donor support. Externally supported Southern African had management of HIV and AIDS entrusted to high powered units within the institutions with budgetary provisions for executing planned activities, the exceptions, like in Eastern Africa, being those who without external support, namely, the University of Antsiranana (Madagascar), the University of Zambia, and the National University of Science and Technology in Zimbabwe.

Not consciously programmed but existing and constituting mainly ‘caught’, rather than ‘taught’ curriculum were activities on technical and social knowledge of HIV and AIDS that aimed at value re-orientation, attitude change and behaviour modification in higher education institutions. In the sampled institutions in the survey, two distinguishable implicit curricula on HIV and AIDS are identified. The first was more or less formalised and designed as part of concerted institutional action against the pandemic. The second was made up of ‘incidental activities’ – capitalizing on major events within the institution to propagate ‘preventive messages’ on HIV and AIDS.

Implicit curricula were quite universal in most of the institutions surveyed. In Eastern Africa for instance, implicit curricula take the form of three main institutionalized activities: Voluntary Counselling and Testing (VCT) services, annual HIV and AIDS enlightenment activities, and special services to Persons Living with HIV and AIDS. In Southern Africa, VCT for HIV infection was relatively wide spread, while Information, Education and Communication (IEC) activities were a regular feature of campus life.

HIV and AIDS research in African HEIs were often took a conference on an apparently un-related theme for research efforts on the pandemic to emerge to the fore. In the Francophone Western and Central Africa, research on HIV and AIDS was said to be ‘sporadic’ and ‘uncoordinated’ while Western Africa reported of an upsurge in research efforts on the pandemic. Some institutions in Eastern and Southern Africa were developing and trial-testing HIV vaccines, though these efforts were not captured by the surveys.

As it has been shown, it is often the case that the projects targeting HIV problems are a fundamental focal point in Africa. Notwithstanding, due to a myriad of factors –that can go from institutional, budget, cultural, sub-regional- the implementation of guidelines for the targeting of HIV is rather slow. In instances where the institutional response takes a broader outreach rather than within the institution, this might have been because of a research that is externally induced. Non-budgetary allocations for HIV activities is also seen as a failure on the part of many HEIs in Africa, particularly in Anglophone West and Francophone West and Central Africa.

Thus, in order to properly target the fundamental threat that HIV and AIDS represent, HEIs in Africa would require a differentiated strategy with dedicated funds demanding a re-conceptualisation of existing practices to suit local, regional, language and institutional conditions.

The Association of African Universities (AAU) is the apex organization and forum for consultation, exchange of information and co-operation among institutions of higher education in Africa.

More information about the HIV-AIDS Programme is available at: http://www.aau.org/?q=aur2hiv/intro