Beyond the Network University 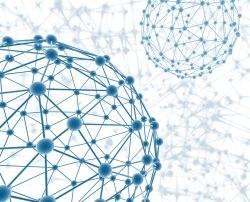 The purpose and function of a university may seem rather obvious upon initial consideration. A university educates students. But, increasingly, that simple fact is far from the whole truth. Although some traditionalists still view student education as the primary responsibility of the university, pressure from both inside and outside is leading higher education institutions to engage in a growing number of activities that might seem incongruent with this responsibility. University cooperation with local, regional, national, and sometimes international government and industry could make cries for relevance and accountability just as dangerous and unpredictable as shouting “Fire!” in a crowded movie theater. But, if society at large continues to change, expand, and place increasing demands on institutions of higher education, then universities may have no choice but to change in order to survive, despite the inevitable criticism that always accompanies change. Exactly how universities will adapt to shifting dynamics is impossible to predict; some universities may begin to self-steer and develop strategies tailored to their individual needs. Others may face tighter control from the state or fall somewhere in between the two extremes. In any case, it is arguably clear that universities will have to devise plans to keep their heads above water in the flood of forces pushing and pulling in all directions. There is no universal formula for what works and what doesn’t, but there are a lot of interesting ideas.

The network university is an emerging concept that attempts to represent the increasing number of universities with public and private cooperative agreements as a concrete model. Within the model, an individual university is visualized as part of a large “spider web” with overlapping and complex connections to government and industry as well as public, private, non-profit, and community organizations. The challenge of defining and mapping the network university is that relationships and connections change over time and can appear, strengthen, weaken, or dissolve entirely. A team of researchers in Madrid, Spain have mapped the development and evolution of network university connections over two separate three-year periods (1995 to 1999 and 2000 to 2003). They are among the first to attempt such an ambitious and thorough study of the network university and the research has led to some interesting conclusions about co-authorship, co-ownership, and innovative ways of disseminating newly published information. Conclusions like these, of course, have both positive and negative potential impacts on the relationship of the university to society, especially how the purpose and function of a university is perceived and interpreted.

In 1963, Clark Kerr felt confident enough of his understanding and foresight of higher education as for to predict the coming of the multiversity within the twentieth century. At the arrival of the twenty-first century, he felt less confident about making predictions for what lies on the road ahead, a road “filled with potholes, surrounded by bandits, and leading to no clear ultimate destination” (2001, p. vii). A 2004 project based out of the Center for Higher Education Policy Studies (CHEPS) at the University of Twente in the Netherlands took the uncertainty of the future university as a challenge. The research team developed possible scenarios for the European higher education landscape in 2020 using a method known as the Delphi technique, which draws its name from the ancient Greek oracle at Delphi, famous for predictive powers (De Boer and Westerhijden, 2005, pp. 13-15).

The results of the exercise produced three scenarios, which have been named in Latin and presented as cities. Centralia, the City of the Sun, is a scenario in which the university has maintained some of its status as an Ivory Tower; as institutions, universities still stand alone on the hill as “public centres of discovery and knowledge dissemination, but often as sites or campuses that are part of large (national) institutions” (Westerheijden et. al., 2005, p. 63). Vitis Vinifera, the City of Traders and Micro-Climates, is a scenario in which the European university has grown tired of market obsession in favor of “quality of life” issues like “longer (working) lives, travel and leisure, the environment, paramedical therapies, media and design, cross-cultural relationships, critical consumerism, and urban social cohesion” (File, et. al., 2005, p. 86). In this scenario, those who seek great wealth have left Europe behind for “more entrepreneurial shores” (File, et. al., 2005, p. 86) to be found elsewhere. Octavia, the Spider-Web City, is a scenario in which the idea of the university “as a single concept has diminished in the face of multiple missions and visions of higher education and research” (Enders, et. al., 2005, p. 75). Instead, there is a growing sense of “interconnectedness” and diffusion marked by the “unbinding of the university” and the strengthening of the “many tangible hands of networks that have become the main modes of coordination within universities as well as between institutions and other providers and consumers” (Enders, et. al., 2005, p. 75).

Details about the Delphi study conducted by CHEPS and the resulting three scenarios, along with a collection of essays and commentary prepared by various researchers in response, were published in 2005. Guy Neave reflects on the inseparable relationship between the city and the university in all three scenarios. The university “has become symbiote of service to the city rather than an institution possessing a particular and definite identity” (2005, p. 113). This is particularly true of the Spider-Web City scenario, Octavia. The purpose and function of the network university in the spider web are no longer rooted in the activities taking place within the individual institution, but rather spread over an ever-expanding number of connections outside the institution. The individual university is only one integrated part of a much larger network and is ideally characterized by an extremely high level of accessibility provided by combined on-site courses and internet resources, with an also high level of structural diversity within the framework of which “greater attention is devoted to generic competencies, social skills, and the lifelong learning function” (Enders, et. al., 2005, p. 80). How these competencies are to be identified and decided is not clear; this issue alone might take years to resolve. The network university operates with “full-scale application of multi-level governance” (Westerheijden, et. al., 2005, p. 98) that capitalizes on “the traditional capacities of academic and scientific networks, as well as on inter- and intra- organizational networks that are based on reciprocity, trust, and long-term commitment” (Enders, et. al., 2005, p. 77).

In theory it all sounds very lovely and metropolitan, but of course there are a wide range of possible issues and conflicts of interest, particularly in the areas of leadership and quality assurance. The idea of multi-level governance in combination with public-private partnerships could create a huge mess. As yet unimagined new and higher demands on institutional leadership make it seem “doubtful that such a complex governance arrangement could be realized as it would exponentially increase the coordination problems among the different actors” (Westerheijden, et. al., 2005, p. 98). Lack of coherence is often cited as one of the main problems in the Octavia scenario, especially when it comes to quality. With the student study experience described as a “cross-national journey with diversified, modular programmes” (Westerheijden, et. al., 2005, p. 100), how could the quality of learning or instruction be adequately and consistently measured? These are only a few of many potential issues that would have to be addressed in process. The fact that the network university is an emerging concept lacking clearly defined parameters remains a big challenge for researchers.

A recently-published study from the Madrid region is among the first to actually study the network university as it develops. In Spain, research and observation has generally established that financial support for research and development initiatives is tending toward “large interdisciplinary and inter-organizational groups” (Olmeda-Gomez, et. al., 2008, p. 2). With this in mind, a collaborative group of researchers from the Carlos III University of Madrid and the University of Granada set out to identify and explore what they have termed “bridging networks” that exist within the government-industry-university cooperation “Triple Helix” in Spain. The central aims of the study were to graphically visualize how the bridging networks are formed and how the institutions and organizations interact, discover which actors are involved in which positions, and better understand how “information flows across the bridging network” (Olmeda-Gomez, et. al., 2008, p. 3). A high degree of co-authorship and information sharing was revealed by the study. “The percentage of organizations connected to the main component was never under 88.8% of the co-authors in any of the networks” (Olmeda-Gomez, et. al., 2008, p. 7). This could suggest the kind of “unbinding” of the university postulated by the CHEPS Octavia scenario, at least in terms of intellectual property rights.

The researchers also attempted to map and diagram the connections between companies, universities, and government agencies from 1995 to 2003. Network connection and inter-institutional co-authorship is reported by cooperation rate (Olmeda-Gomez, et. al., 2008, p. 5) and network density (p. 7). Figure One displays the network map constructed for the study of molecular, cellular, and genetic biology from 1995 to 1999. Perhaps predictably, it looks like a spider web, which is also connected to other spider webs. Each area of study included in the project has been mapped twice by the research team; once from 1995 to 1999 and again from 2000 to 2003. In each case, clear increases can be seen in the number and strength of network connections, which indicates that networking between universities, industry, and government is on the rise. The research suggests that researchers themselves may play a pivotal role in establishing and maintaining network connections and outlines possible implications for the exchange of ideas and joint publication of scientific papers (Olmeda-Gomez, et. al., 2008, p. 17).

Although the research team working in Madrid is forthright about the weaknesses of the study (Olmeda-Gomez, et. al., 2008, pp. 4-5), the project sets a rather remarkable precedent in its attempt to break down and visually represent the concept of the network university, within which not only one but sometimes several universities form integral parts. The researchers also admit the limited scope of the project; there may be field, region, or country specific factors affecting the outcomes as well as other networks and connections not identified. Despite the limitations, the Madrid study serves as an excellent starting point for future research on the network university in another setting. The next step will be to go beyond the “Triple Helix” and ask what the network university really means for students and practitioners in higher education. Will traditional campus locations remain to become centers of learning and research or will they become obsolete as the technology of e-learning and distance education continues to develop? How will issues of quality and accountability be managed as the traditional connections between one university and one or two funding sources expand into networks of multifaceted public and private cooperation? While there are no ready answers to these questions, it is important now (and will be in the near future) to keep asking – the network university is an exciting prospect for exchange and collaboration, but the future of higher education may very well be at stake.

Amanda Schimunek holds a Bachelors Degree in English Literature from the University of Southern Indiana (USA) and a Masters Degree in Higher Education from the University of Kassel (Germany). Her research interests are international student affairs, language acquisition, and cultural exchange. She has also worked as a research assistant at the International Center for Higher Education Research (INCHER-Kassel) on a project designed to evaluate the implementation of the Bologna Process reforms in Europe at the Masters level.  Currently, she is a Project Administrator at the International Center for Development and Decent Work (ICDD) in Kassel. She is responsible for the development of English for Academic Purposes diagnostics and workshops for international Master students.

For further information about this article, contact the author at the following e-mail address: icdd.diversity@googlemail.com

Chile Scholarship Programme (CSP)
The Changing Concerns of Higher Education. Examining The World Bank's Papers on Higher Education Since 1994
The “Glocal” University
GUNi celebrates its Academic Seminar at the University of Victoria (Canada)
Building World-Class Universities in China: From the View of National Strategies