The best tool for development

Education has huge power to transform, but only 2% of humanitarian aid was assigned to educational projects.
Education has huge power to transform. We are all agreed on this: academic experts, international organizations, governments, NGOs. Extending education in all its stages and aspects foments individual and collective progress and combating poverty; it promotes economic development, cultural vitality and quality of life; it enhances the political culture of societies and democracy. In this sense, what is the state of education in the world, especially in the developing countries? 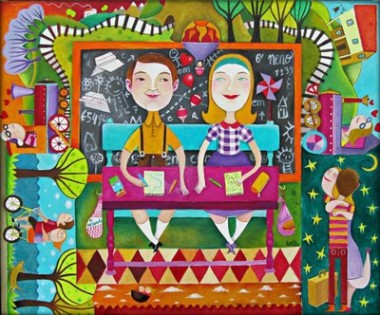 The World Conference on Education for All was held in 1990 with the support of UNESCO, the UNDP, UNICEF and the World Bank. Its main purpose: to extend primary education throughout the world and drastically reduce illiteracy. Ten years later, in 2000, 164 world governments met in Dakar and confirmed their commitment to achieving Education for All by 2015. The agenda set for this period set out six major goals, including extending and improving comprehensive protection and education in early childhood (especially for the most vulnerable and disadvantaged children), promoting worldwide access to quality free and compulsory primary education, increasing adult literacy by 50% (women in particular), and improving the qualitative aspects of education in the world.

What assessment can we make of these 15 years? To what extent has basic education spread in the world? With what quality parameters? Recent, extensive analysis of these issues can be found in the UNESCO report Education for All 2000-2015: Achievements and Challenges. First, we must congratulate ourselves on actually having such a document. To have benchmarks, objective data and extensive information is highly necessary, especially when talking about a complex phenomenon such as education and education policies in the world. This type of information is useful for academics and analysts, but extremely necessary for the governments of developing countries and the international organizations that operate on a global scale. Personally I am critical of some of the initiatives that UNESCO has promoted, especially because of its slowness and excessive bureaucracy, but in the case of this report, we must acknowledge the excellent job done over the past 15 years.

The results of the spread of education in the world are disparate and the avalanche of information can be overwhelming. There is an enormous amount of data that inform us of uneven development, with clear progress but also with serious deficits. For example, the halving of unschooled children and adolescents since 2000, with significant progress in primary education. However, there are still 58 million unschooled children in the world (and the downward trend has tapered off) and 100 million who do not complete primary education. Around 781 million adults are illiterate (of these, 64% are women). The illiteracy rate recorded a slight drop, from 18% to 14% in these 15 years and is, therefore, lagging far behind the stated goal of reducing it by half. Overall, only a third of countries has achieved all measurable educational targets.

One worrying statistic indicates the ridiculous percentage that humanitarian aid projects devote to strengthening education; thus, for example in 2013, of the total volume of humanitarian aid, only 2% went on educational projects.

The report is still based on an overly quantitative view (enrolment numbers, school attendance rates, resources assigned) with little assessment of the impact of education on social and economic progress. In this line, specific studies should be promoted that interrelate education and the labour market or training and economic and social progress.

Little attention is observed to the determining factor of any education system: its teachers and their training. There is a lack of objective data and specific studies, although it has been found that the shortage of adequately trained teachers remains: for example, in 2012, in a third of countries, less than 75% of primary school teachers had training.

Highly surprising is the low assessment of the potential of new technologies to extend formal and non-formal education worldwide, when we are shown them as being an incredible gear lever. New technologies, undoubtedly, will allow in the coming years dramatic progress in disseminating information, knowledge and training tools, although with clear dangers such as the quality of the information and its assurance by the public authorities.

The report does not analyse the development of higher education in the different countries. This is so because higher education was not prioritized in Dakar as a stage for promotion. In this field, the international bodies should recognize the growing strategic role played by higher education to generate more developed, more democratic societies with a better quality of life, and not circumscribe the global educational objectives in the primary and secondary stages.

Finally, a conclusion that seems obvious but no less important: while the technical measures are useful, political momentum is the most decisive factor in implementing projects to spread education in society. Therefore, governments’ education policies are crucial.