“We must not fail the billions who look to the international community to fulfil the promise of the Millennium Declaration for a better world. Let us keep the promise. (…) Meeting the goals is everyone’s business”. - UN Secretary-General Ban Ki-moon.  The MDGs Report - June 2010 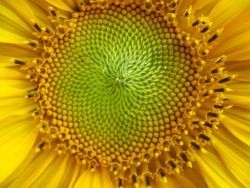 Do HEIs really have a role to play in the achievement of the UN MDGs?

You can contribute to this research participating in a brief survey: https://www.surveymonkey.com/s/KMB3Y5R

Valtencir Maldonado Mendes is currently enrolled in the last stage of a doctoral program at the Universitat Politècnica de Catalunya. Applying for the European Doctorate Mention in Scotland, with a research about the University-Government-Industry-Civil Society partnerships, ICT and its contribution to social and human development and the MDGs within the framework of current and emerging understandings of sustainability. He is the former Observatory co-ordinator at the Global University Network for Innovation.