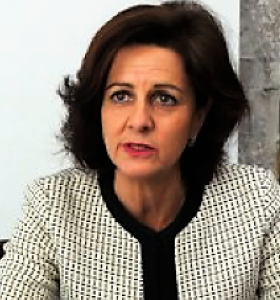 Prof. Tilbury is internationally recognised for her expertise in leadership, learning and institutional change for sustainable development. Daniella is the recipient of several research awards including the Macquarie Innovation Award for Research (Australia 2007) and Marie Curie International Research Fellowship (European Commission 2009). The institutional change efforts she led at the University of Gloucestershire were recognized with a Green Gown Awards in 2007, 2011, 2014 and assisted them to become the UK's most sustainable university. She was the Founding Director of the Australian Research Institute in Education for Sustainability (ARIES) established by the Australian Government through a national competitive bidding process in 2003. Independent evaluations confirm that this research work influenced sustainability policy and practice across a range of sectors including government, business and education.

Daniella has assessed strategic higher education initiatives on behalf of government agencies in Australia, New Zealand, China,  Japan, North Africa and Europe. Together with Dr Alex Ryan, she led a large HEFCE QAA funded ‘Leadership, Governance and Management’ project on embedding sustainability into quality assurance processes in higher education (2010-12) and a Higher Education Academy study into flexible learning (2013).  She led the University Educators for Sustainable Development Project (UE4SD) that brought together 53 Universities across Europe and was the international expert advisor on an INQAAHE initiative led by the Andorran Higher Education Quality Agency (AQUA) on the integration of ESD into higher education quality frameworks. She is currently the UK government’s representative on the UN Economic Commission for Europe (UNECE) for matters relating to education and sustainable development (2019-) and leads the quality education strand of its 2020-2025 strategic plan.

Daniella was the first to complete a PhD in education for sustainable development in 1993 (Cambridge University). She chaired the UNESCO Global Monitoring and Evaluation Expert Group on Education for Sustainable Development for a decade (2005-2014) and led the Asia Pacific Indicators in ESD Project which resulted in capacity building and development of resources. Daniella has acted as lead evaluator for programme funded by the European Union, World Conservation Union (IUCN), World Wide Fund for Nature (WWF) and British Council in Tanzania, Madagascar, South Africa, Venezuela, Brazil, Colombia, China, Korea, Hungary, Vietnam, Australia, Spain, Tunisia and Italy. Recently, she mentored a group of university lecturers as part of a UNESCO San Jose initiative to build capacity for the SDGs across government and education systems in Central America.

Most recently, Daniella was the inaugural Vice-Chancellor (President) of the University of Gibraltar and, in this capacity, established the research specialisms, strategic direction and commercial viability of this ambitious institution (2013-2018) and serves as an international adviser to new higher education ventures and establishment of new institutions. She has over 100 books and refereed articles, raised over 7 million pounds in research and development funding and has given keynote addresses at international conferences across the globe.

In 2018 she was recognised with an Honorary Fellowship by St Catharine’s College, University of Cambridge for influencing the way we understand and respond to sustainable development through higher education. Her latest challenge is as Commissioner for Sustainable Development to HM Government of Gibraltar.