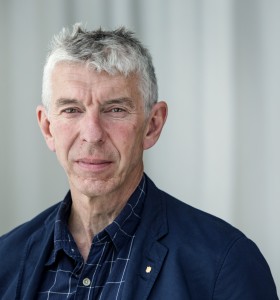 Since 1997 Arne Jarrick is a professor of history at Stockholm University (SU). He received his PhD in Economic History from SU in 1985. He has held many leading positions in the national as well as the international research funding system, such as Secretary General for the Humanities and Social Sciences at the Swedish Research Council (VR, 2007-2012), the scientific board and research council of Wenner-gren foundations (2013-), the board of HERA and Norface (2007-2012), etc. He is a member and was until recently second vice-president of The Royal Swedish Academy of Sciences and is a member of the Royal Swedish Academy of Letters, Antiquities and History.

Research interests:
Up to year 2000 he was mainly pre-occupied with early modern history of collective attitudes/behavior and processes of civilization among ordinary people (also called history of mentalities), such as religion, criminality, sex, suicide and the impact of the Enlightenment. A side interest has been theoretical and epistemological issues and a critique of post-modernism. Since year 2000 his major interest is cultural dynamics. He was one of the founders of the Centre for the Study of Cultural Evolution. As an outflow of that interest he has run a large-scale study of the global history of 4 000 years of law-making. He is presently planning a historical and experimental study on resistance to group pressure. He has large experience of extensive and quantifying work with series of unwritten as well as published source materials. He has recently been engaged in research on the global conditions of Humanities research (Humanities World Report, London: Palgrave Mc Millan, co-authored with Poul Holm and Dominic Scott).

Media presence:
​Jarrick has a longstanding and continuous presence in mainstream media, both by participating in public debates and by popularizing research through public lectures, books, TV and radio.  One example is ca 30 so called quarterly seminars on SSH research (2006-2012), organized by VR and broadcasted many times in the so called knowledge channel on TV.